• Uhuru is Swahili for “Freedom”. 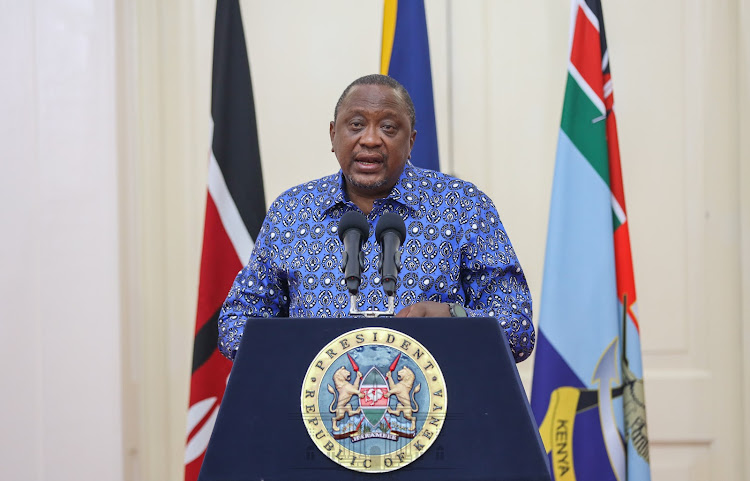 Uhuru Kenyatta, the fourth president of the republic of Kenya is celebrating his 61st birthday today.

Let us backtrack to some interesting facts about the former head of state whose father was Jomo Kenyatta, the 1st President of Kenya from 1964-1978.

3. After he graduated from Amherst, Kenyatta returned to Kenya and started a business, Wilham Kenya Limited, which used to source and export agricultural produce.

4. Back in the village in Gatundu, a young Uhuru Kenyatta was a photographer, which must have been an exciting venture in those early days.

5. He contested for the Gatundu South Constituency parliamentary seat in the 1997 general election, once held by his father, but lost to Moses Mwihia, a Nairobi architect.

Margaret is the daughter of Njuguna Gakuo, the former director of the state-controlled Kenya Railways Corp.

7. They have three children, Jomo Kenyatta, Ngina Kenyatta, and Jaba Kenyatta. His name Uhuru is Swahili for “Freedom.”

8. Kenyans, or rather KOT, have had several nicknames for him Wamashati or mtu was mashati kalikali (one with bespoken shirts) and Jayden, the two being the most popular.

He previously held the name Kamwana, (young man) but he asked that people do away with it while he was approaching his 60th birthday.

"I am approaching 60 years and people still refer to me as Kamwana.Kamwana inafaa kuisha bana," Uhuru pleaded.

9. Uhuru assumed office as the 4th President of Kenya in 2013 and was re-elected as the president in the highly disputed 2017 general elections.

(Video) Here is what retired President Uhuru is doing now

Here is what retired President Uhuru is doing now. Uhuru has been spotted enjoying himself post State House.
Politics
1 month ago

The former President has been keeping a low profile after he handed power to President William Ruto.
News
1 month ago
WATCH: For the latest videos on entertainment stories