Gachagua explains why his dressing wasn't good during the campaign season

He said he did not have time to sit pretty as he had other priority matters that need his attention.

• One day we will pen down what we went through, the threats were real and we had to protect ourselves.

• Rigathi said he had taken a break from the gym to focus on important matters but he is going back to cut the added weight. 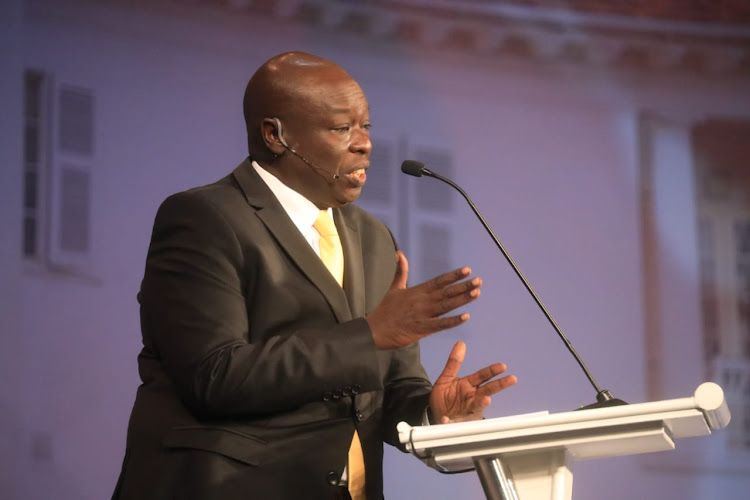 Rigathi Gachagua The deputy president has responded to critics of his dressing
Image: The-Star

Rigathi Gachagua, the Deputy President has told off Kenyans who have been criticizing him because of his dress code.

Speaking on Tuesday morning, he said that he didn't have time to sit pretty as he had other priority matters that need his attention.

"We did not have the luxury to come out here and work out and sit pretty, we had to do 10 meetings everyday and that is how by the help of God we were able to have victory," Gachagua said.

"People have been raising questions about the way I dress, I want to tell the people I had no luxury to think about dressing I was caring about my life, I was in danger that was my concern. That I live to take care of my family.

One day we will pen down what we went through, the threats were real and we had to protect ourselves."

Rigathi said he had taken a break from the gym to focus on the important matters but he is going back to cut the added weight.

"Going forward I will be back in the gym, after some time people will like what they see, we did not have time to go buy new clothes so that you can cope with the extra weight," he said.

Rigathi said he spent most of his time protecting his family from state agencies and also himself from the threats he was receiving at the time.

"We were people who were targeted for elimination and to go to prison the first instincts of a human being is safety and that is what vi was working on," he said.

The DP said he was ready to work hand in hand with President William Ruto to move the country forward.

"I thank God that today we have a new president who respects the rule of law, democracy and who will not use criminal justice to system to fight his political enemy," he said.

Deputy President Rigathi Gachagua became an instant topic of discussion following a blunder him made while taking oath of office at Kasarani.
Entertainment
4 months ago

On Tuesday, William Ruto took the oath of office as Kenya's fifth president to thunderous applause from his throngs of fans.
News
4 months ago
WATCH: For the latest videos on entertainment stories