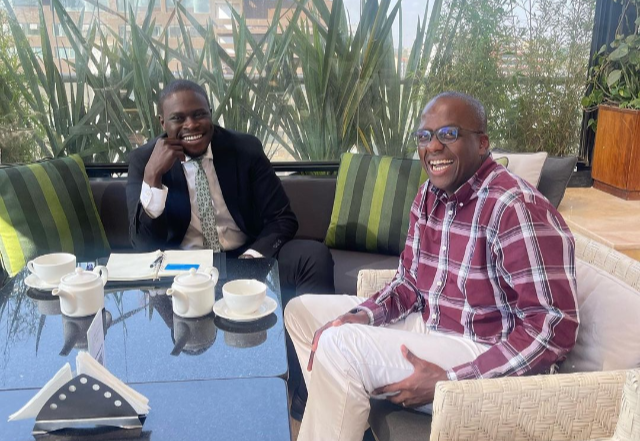 Nairobi Governor-elect Johnson Sakaja has met his main rival in the gubernatorial race Polycarp Igathe over a cup of tea.

On Thursday, Sakaja shared a number of photos on his social media pages while in the company of Mr. Igathe who lost his bid to become the next Nairobi County boss.

In his words, Sakaja said he linked up with the Jubilee Party candidate to reminisce on how the campaign trail was when selling their ideas (Manifesto) to Nairobians and future plans.

"Met with my brother Polycarp Igathe over a cup of coffee. Great stories and laughs as we reminisced over how the last few months have been 😅. Wonderful conversations on #naitunavyoitaka. #letsmakenairobiwork,” the Nairobi-Governor elect captioned the photos.

Sakaja promised to link up with his main competitor Polycarp after he conceded defeat following the August 9 polls.

“I accept the decision of the people of Nairobi and thank all our supporters. The Governor of Nairobi is His Excellency Johnson Sakaja. Congratulations. God bless Kenya,” Igathe wrote while conceding defeat. 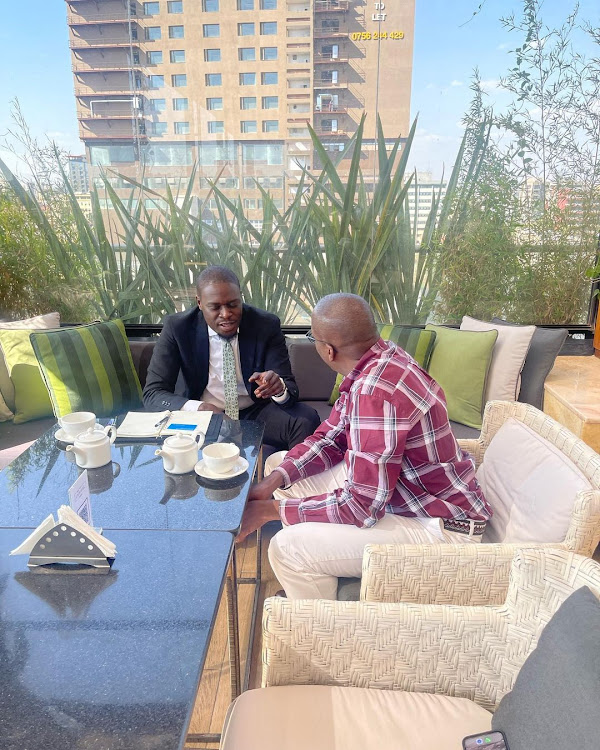 On the same day, Sakaja praised Igathe for his bold move, inviting him for coffee for putting up a good fight in the gubernatorial contest.

The outgoing senator who was running on the UDA party ticket emerged victorious in the governor race with 699, 392 votes ahead of the Jubilee Party’s Polycarp Igathe who got 573, 516 votes.

The youthful politician (Sakaja) was declared the winner by Nairobi county returning officer, Albert Gogo, who later issued the certificate.

The Nairobi governor’s race had attracted nine candidates; however, it was narrowed to a two-horse race between Sakaja and Igathe. Sakaja will now succeed Anne Kananu as the next Nairobi Governor.

At the same ODM’s Edwin Sifuna won the senator race after garnering 716, 876 votes. Bishop Margaret Wanjiru of the united Democratic Alliance (UDA) came second in the race with 524, 091 votes.

ODM’s Esther Passaris retained her seat as the Nairobi Woman Representative after getting 698, 929 votes against her main viral Millicent Omanga (UDA) who had 586, 246 votes.

Johnson Sakaja the new Nairobi Governor is a man many women would love to have a piece of.
Politics
1 month ago

Johnson Sakaja has won the Nairobi Governor seat after garnering 699,392  votes. Sakaja who was vying on a United Democratic Alliance (UDA) party ...
Politics
1 month ago