• The ex-couple who were once planning to get married have been at loggerheads since their epic break-up last year.

• Anwar lost his seat when he lost in the hotly contested UDA nominations a few months ago. 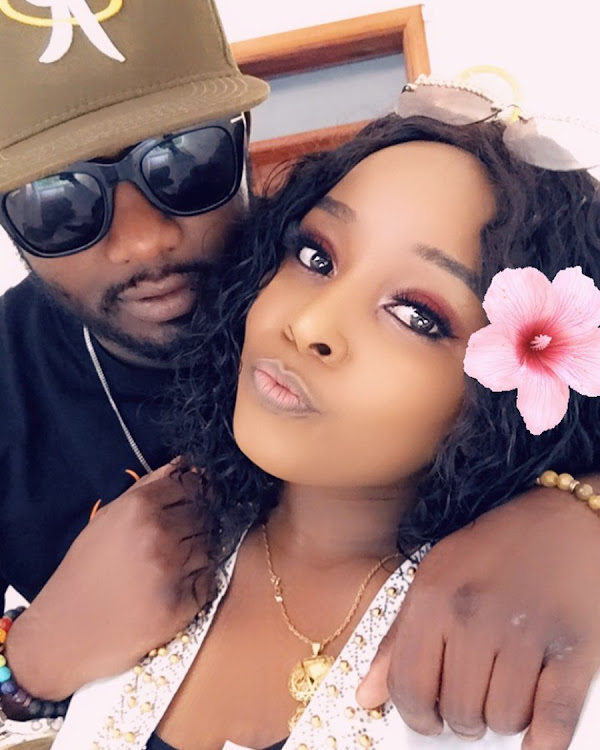 Anwar Loitiptip with Saumu Mbuvi when they were dating
Image: Instagram

This is a subtle dig at her baby daddy, Anwar Loitiptip who was the incumbent Lamu senator. Let's not forget that Anwar lost to upstart Francis Mugo during the hotly contested UDA nominations a few months ago. 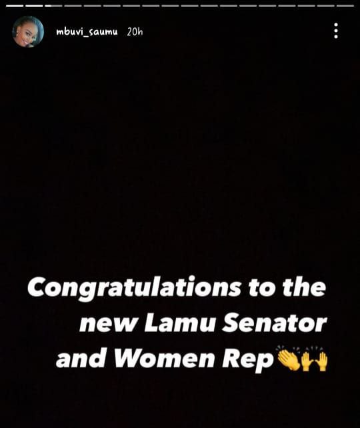 That wasn't all, the mother of two took to her Instagram and appeared to be in a celebratory mood as she held a bottle while dancing.

The ex-couple who were once planning to get married have been at loggerheads since their epic break-up last year.

In one of her confessions, Saumu shocked many Kenyans when she alleged that Anwar had been physically abusive when they were dating.

Speaking to Massawe Japanni, Saumu said that the politician had even threatened to kill her.

"All those years, I have never been serious to an extent of staying in hospital. But when I started dating Anwar, it was tough because I was going through physical and emotional torture. It reached a point I had to speak out and be a voice for many women," she said. 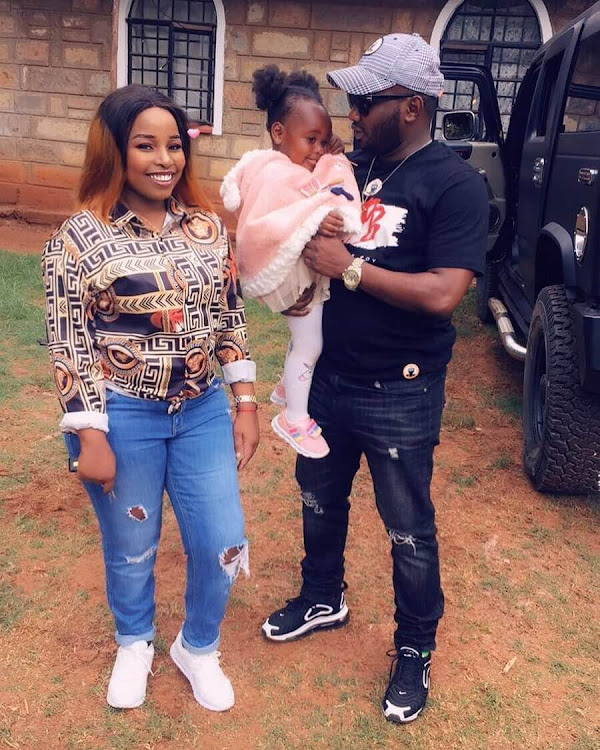 Anwar Loitiptip with Saumu Mbuvi in the happy past
Image: Instagram

"He would come home drunk and start strangling me, telling me he is going to kill me one day. Imagine! For what? There’s a time he said he was going to kill me. My dad took Anwar as a true friend but Anwar betrayed him, but I have beautiful kids to focus on," she alleged.

Saumu went on to explain that their fights were always as a result of Anwar’s alcoholic nature and other things he was using.

When reached for comment, Anwar said, "Yes, but only once, before I knew she is suffering from a mental problem. She has a mental psychiatric problem called bipolar. That’s why we never stayed together. She breaks things, shouts, and loses memory for even a week."

Saumu Mbuvi- "The next good man in my life is the one I will raise."
Entertainment
3 months ago

Aeedah Bambi Foundation was founded to empower and awaken the youth from poverty in Africa.
Entertainment
4 months ago
WATCH: For the latest videos on entertainment stories

'Be careful who you vote in,' Sonko's daughter Saumu