Celebs Wajackoya should include in his government

• Wajackoyah rose to fame for championing the legalization of weed.

• He is also advocating for the sale of hyena testicles. 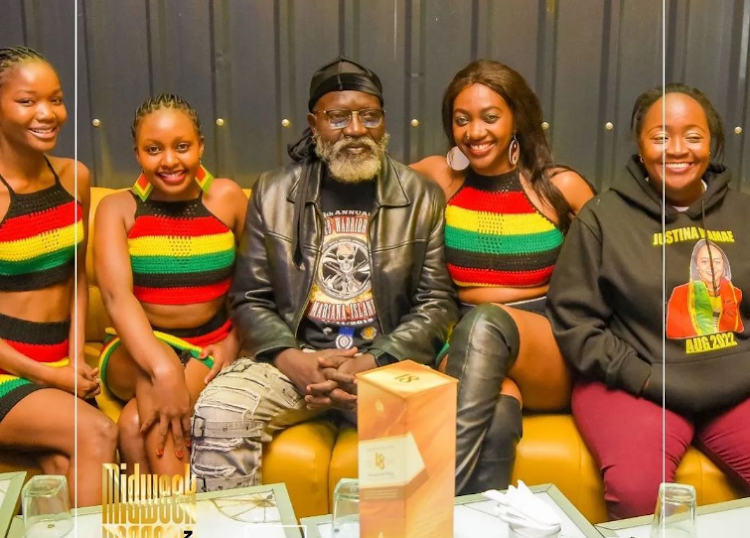 The 2022 general elections are around the corner. Among those who have aroused the interest of Kenyans is none other than Roots Party Candidate Wajackoyah.

If Wajackoyah was to win the elections and become President who would we love to see make up his government? Below is my list;

Eric would make a good coordination boss because he is outspoken and is never shy to share his ideas whether needed or not.

In case you haven't seen Natasha's bodyguards alias 'security' personnel then you should check them out.

Natasha knows all too well that security starts with you hence she would do a good job protecting us.

For a guy who allegedly spends hundreds of thousands per day, KRG would do a good job planning our finances.

Furthermore, he is used to living a soft life hence he wouldn't be too

Bien is the self-proclaimed chairman of the bald men association, meaning he has influence worldwide and that is important for the job.

Truth be told, Nameless wouldn't have been in the industry all this long if he wasn't industrious.

So it would be nice to give him his roses while he is still around.

The ex-TV host has always been vocal about women's health. This she does through Iuua Dada Foundation.

Coming from a Nomadic background, Letoo has the experience to handle this department perfectly.

In case you did not know the celebrated radio King is the current ambassador of Temebea Kenya.

Tembea Kenya is a project by the Kenyan government to help promote tourism.

The celebrated comedian is all-rounded hence he can easily get suited for this role.

She is well-spoken and tech-savvy, something that is needed for this job.

Having represented Kenya in football for years. He knows too well the challenges sportsmen go through.

Having grown up in a humble background, The OG knows too well what it is to suffer. He would empathize with needy students and champion their well-being.

Being among Kenya's 'Father Abrahams' Obinna would handle this job well.

We love how vocal Murugi is on social media hence her outspoken nature would come in handy for the job.

This is one of the roles that need no explanation.

No such explanations, he just deserves the job.

She is just a good planner.

The girl is smart and that is what the MInistry needs.

Being the flag bearer of the Roots Party, the 62-year-old unveiled a 10-point manifesto to Kenyans. Below are some of his ideas that captured nationwide attention;

Roots Party presidential candidate George Wajackoyah was Thursday campaigning in the Central Business District during the day.
Politics
3 weeks ago

Wajackoyah had just arrived at the debate venue
Politics
3 weeks ago
WATCH: For the latest videos on entertainment stories