Mary Chebukati: I see my hubby Wafula more on TV than at home

• On January 18, 2017 President Uhuru Kenyatta appointed Chebukati as the chairman of the electoral agency taking over from Issack Hassan.

• With this year’s election, Chebukati has been under pressure from leading presidential contenders, Raila Odinga and William Ruto, to ensure the election is free and fair, devoured of any glitches. 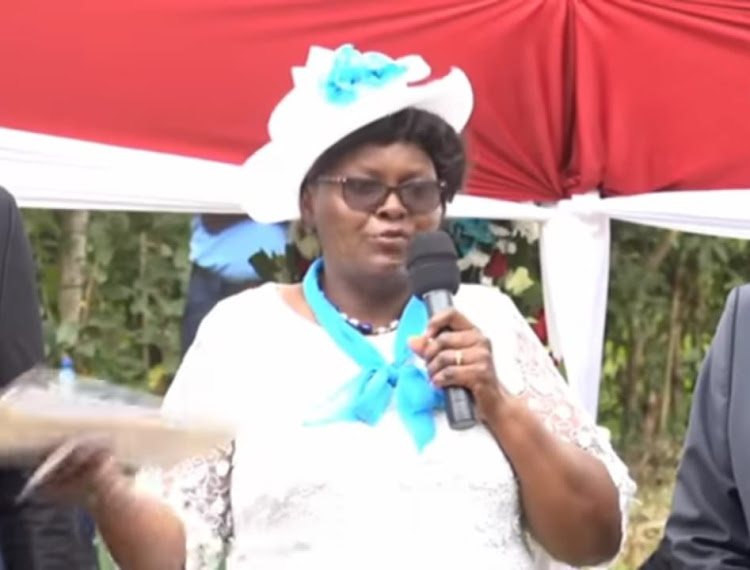 Independent Electoral and Boundaries Commission (IEBC) chair Wafula Chebukati's spouse has called on Kenyans to pray for him.

Loosely translates to: (Please pray for our family, especially during this electioneering period. All I know is my husband wants to follow the law).

Speaking during a funeral service on Saturday, Mary opened up about how her husband’s work has kept him away from his family.

Loosely translates to: (Most times we see him on TV even more than we see him physically because of his work but I’m thankful he is here today)

She noted that during the last election their family was deeply worried but this year they are stronger.

Loosely translates to: (Our children were deeply affected by the last election exercise but now they are strong, and so is Chebukati. We always pray for God's wisdom to guide him as he serves the nation)

On January 18, 2017 President Uhuru Kenyatta appointed Chebukati as the chairman of the electoral agency taking over from Issack Hassan.

Together with a team of six commissioners, Chebukati oversaw the 2017  General elections which had a repetition of the presidential elections in October where President Uhuru Kenyatta and William Ruto were declared winners.

With this year’s election, Chebukati has been under pressure to ensure the election is free and fair, devoid of any glitches.

"How did you get a degree in 7 months?!" IEBC grills Nyambane

Kenya's second in command William Ruto has to let go of his power privileges today as he went to present his papers to the IEBC to run for the top ...
Politics
2 months ago

Some of the symbols sent to IEBC include handcuffs, marathoners, pills, injections, a marathoner, a tent, juice bottle, jerrycan, slingshot, ...
Politics
2 months ago
WATCH: For the latest videos on entertainment stories