• Otile believes that whenever Kenyans touch on any song, it instantly becomes a global hit.

• The successful musician says we are surrounded by so many selfish people who don't value their culture or love their own. 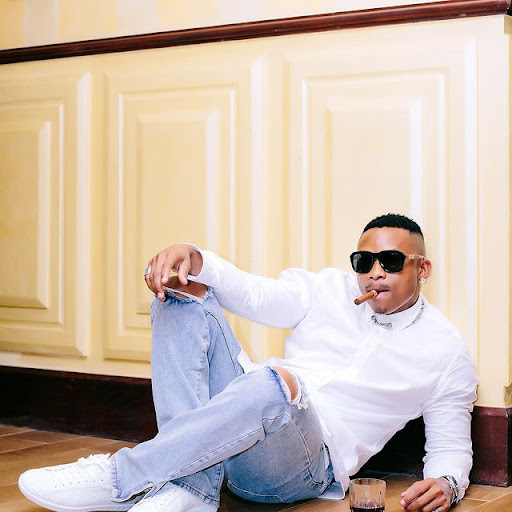 Otile Brown believes Kenya is the hub of music in the world
Image: courtesy

Kenyan superstar, Otile Brown, believes that Kenya is by far the hub of music in the entire world, a brave statement that he was ready to defend.

Speaking exclusively to Mpasho, the 'Jeraha' hitmaker believes Kenyans set the trend on how the rest of the world consumes music.

He says that whenever Kenyans touch on any song, it instantly becomes a global hit.

"Kenya is a hub of music in the world people don't even know. There are a number of Nigerian music that have been dragging until Kenyans pick them," said Otile.

Adding, "We just don't know the power that we have and that's why you see Nigerians spend a lot on rotation in our radio stations and everything."

Otile gave an example of how West African artists have paid for loads of advertisements on YouTube, showcasing the extent they are willing to go to have a bigger reach.

The successful musician says we are surrounded by so many selfish people who don't value their culture or love their own.

In related news, Otile spoke to Presenter Ali a week ago, with the Just in Love Music CEO addressing his much publicised beef with Arrow Bwoy.

Otile said that Arrow Bwoy had disrespected their work relationship.

He came out to publicly call out Arrow Bwoy calling upon him to pull down a song they did together from Arrow Bwoy's Focus album.

According to the star, Arrow Bwoy released a song without his consent terming the move as unprofessional.

"We had talked and Arrow Bwoy is among artists I respected so much. I respect all of you and I fear God so much, "Otile said.

"Arrow Bwoy asked me if we could release the song and I said we couldn't release since that song was from the past but he went ahead and released it."

Otile Brown- "Getting a woman is not hard since we meet them every day, but getting a good woman is not easy. If you find her, keep her."
Entertainment
3 weeks ago

"Things don't always go as planned, unfortunately. No matter how many bad experiences you may have, a relationship/ love is always worth the shoot," ...
Entertainment
1 month ago