•The former Ikolomani Mp is trending for having many children

•Boni  Khalwale has yet another child joining Primary school 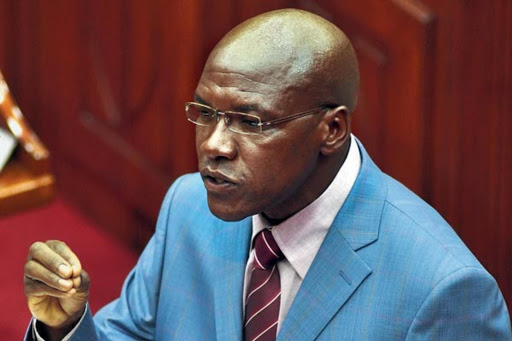 Former Ikolomani Mp Boni Khalale is the but* of jokes online after revealing he has another child joining  Grade one.

A second child was also admitted into form one.

'Day one in Form One! A happy Melissa Khamwenyi Khalwale takes the first stride'

The vocal leader on his Twitter account informed KOT that 'Grade one! Ellen Khahondo Khalwale after insisting her mother calls me so that she could tell me about her new school. Children are God's message that ours is a world without end.'

Kenyans hilariously responded to it branding him 'father Abraham'

@CodenameDelf joked that 'Wewe ndio baba wa taifa' while @Jemedari_B said 'The GOAT, "and may thee multiply and feel the world.... " took it literally;

One Kenyan noted about Khalwale's fatherhood.

@BluemoonArch 'Khalwale has never asked anyone to help raise any of his children. He is one of the most responsible fathers in Kenya. Some fellows here are deadbeat fathers and others specialise in abortions but you are busy throwing stones at a person that should get state recommendation!'

It is said that every year, Mr Khalwale always has a child joining High School and Primary School. He also always announces the good performance of his children during the release of KCPE and KCSE.

According to the fan, Anerlisa was getting older and it was high time she got children.
Exclusives
3 weeks ago

Bonnie Khalwale celebrates daughter after she scored an A- in KCSE

Flavia was studying in Alliance Girls High School while Steven was in Kakamega High School.
Politics
1 month ago

Mwai Kibaki passed away after a 3 year battle with illness.
Politics
4 weeks ago
WATCH: For the latest videos on entertainment stories