• He passed away after a three-year battle with ill health. 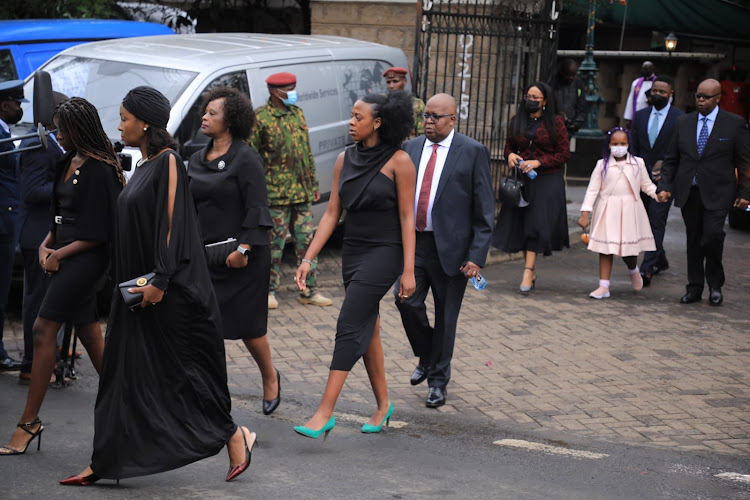 The family of former Head of State Mwai Kibaki brought their A-game to Nyayo National Stadium while attending the mass held.

The mass was held ahead of the burial which will be held tomorrow in Othaya, Nyeri County.

President Mwai Kibaki's eldest son, Jimmy Kibaki, recently spoke out about his father's three-year battle with illness before his death on Friday, April 22.

During the public viewing of Mzee Kibaki's body on Monday, Jimi told Citizen TV that the last three months before his father's death were the most difficult.

"Mzee had been ailing for about two or three years but for the last three months were quite difficult but he put up quite a good battle but in the end because of age and other factors determined that he had to go," he said.

In his tribute, Jimi praised his father’s leadership style, saying Kibaki who was steadfast and selfless won the hearts of many Kenyan during his tenure in office.

"It's not easy at all, my father has been there all my life and he was a huge presence in my life. I don't think that it has yet hit me that he has really gone.

I think it will hit me when we bury him, but for now he has gone to be with the lord and we will have to deal with that," said Jimmy. 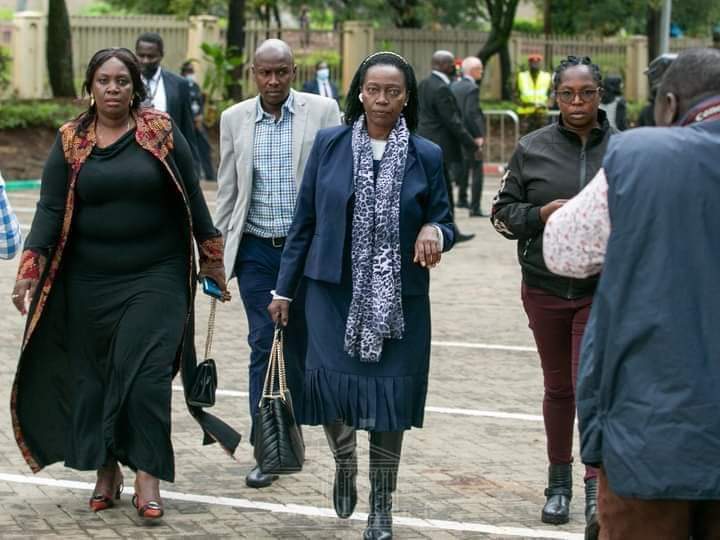 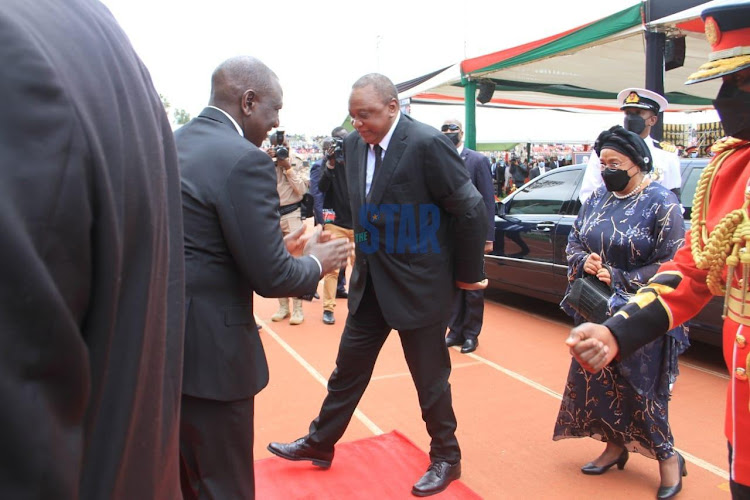 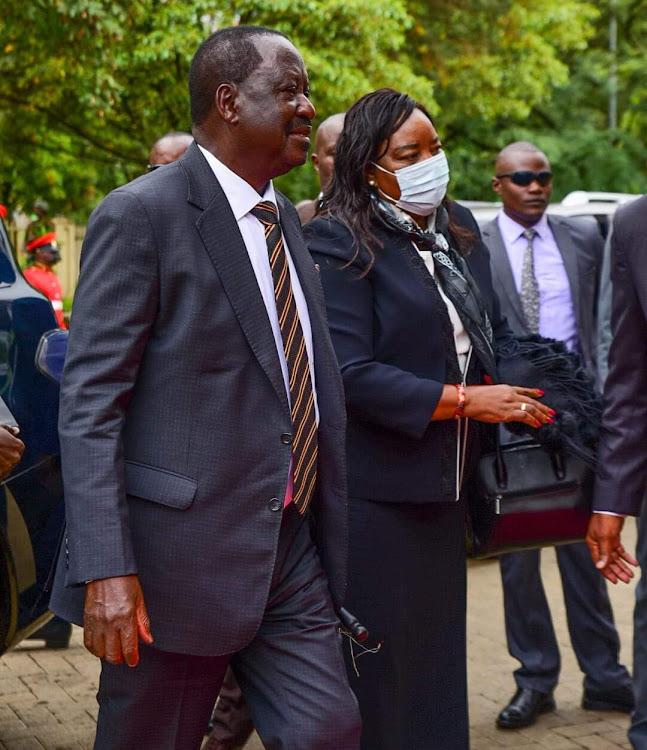 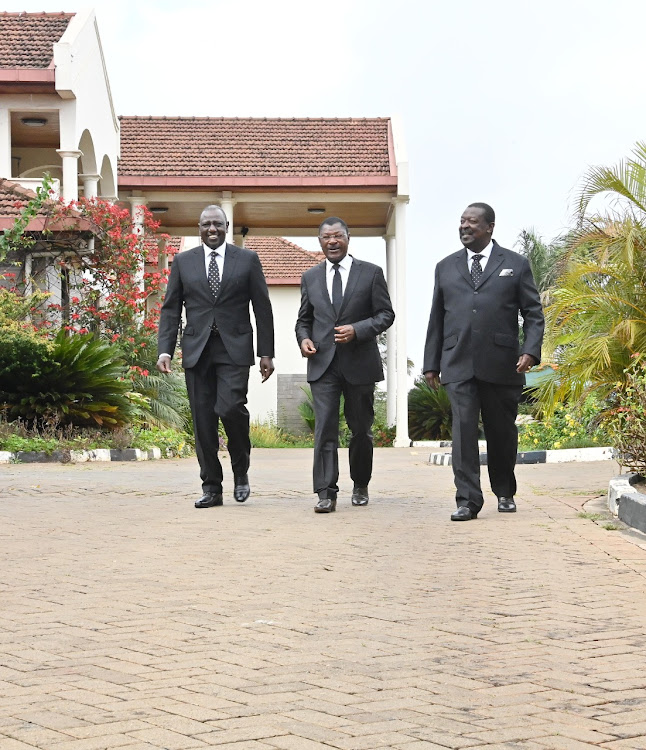 “He did everything a dad is supposed to do. He drove to my school when he did not have important early morning appointments. He attended the Parents Teachers meetings when they were convened and listened keenly to what the teachers had to say about my progress or lack of it,” he said.

“Much to his consternation, he seemed to be more appraised about my diligence in making numerous friends, but not in scoring A’s! He took all this in his stride, just as he did so many other things in his life,“

Below are some of the photos of the family including Kibaki's kids and his grandkids leaving Lee funeral home. 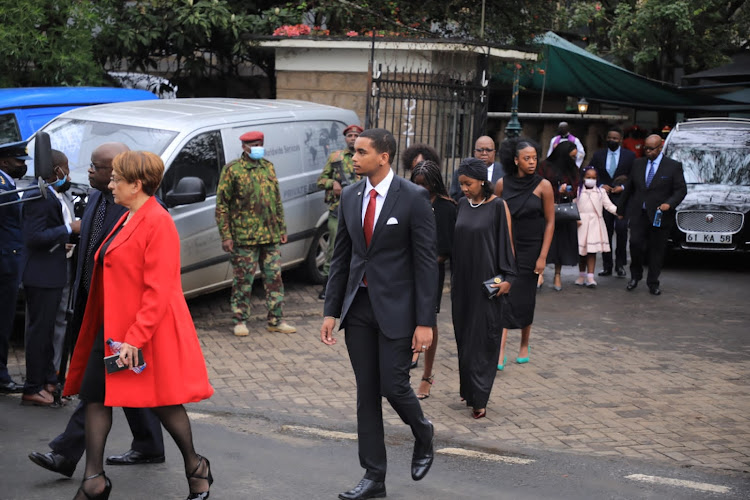 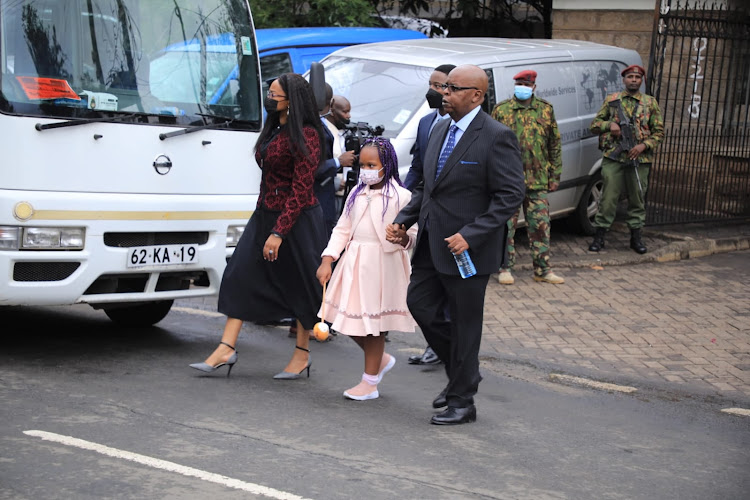 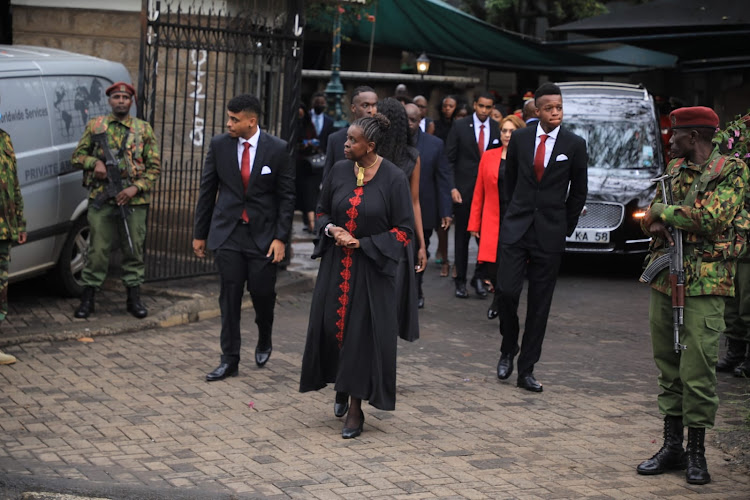 The KDF escorting Kibaki's body for the State funeral will use the roads as their procession routes.
Lifestyle
3 weeks ago

Makana is currently looking for a job after losing his due to the drama he caused outside parliament.
Politics
3 weeks ago
Watch: President Mwai Kibaki's body viewing at Parliament buildings