Murgor lost his bid to defend his seat on a UDA ticket.

• Waruguru garnered 5,595 votes against incumbent MP Amin Deddy who got 12,723 votes.
• Murgor lost his bid to defend his seat on a UDA ticket. 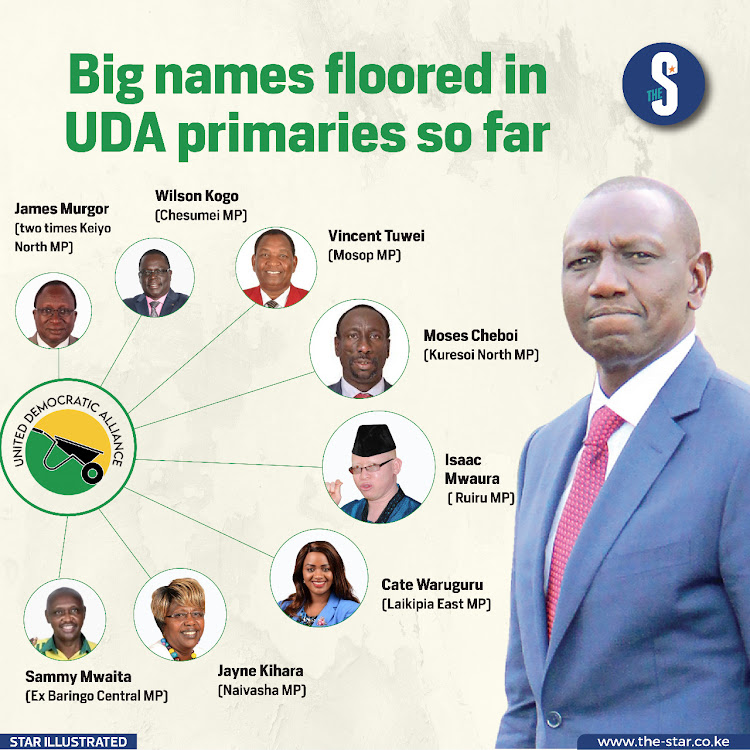 Politicians that have lost out so far in the UDA primaries
Image: The-Star

Some big names have been floored in the United Democratic Alliance party’s primaries that took place on Thursday.

In the results announced on Friday, Naivasha MP Jayne Kihara lost to her predecessor John Kihagi and Keiyo North MP James Murgor lost his bid to defend his seat on a UDA ticket.

Wamatangi emerges successful in the UDA primaries
Politics
1 month ago