Other nominees for the UDA ticket were former Governor Ferdinand Waititu and Eric Muturi.

• The voters' turnout in the county was low.
• Other nominees for the UDA ticket were former Governor Ferdinand Waititu and Eric Muturi. 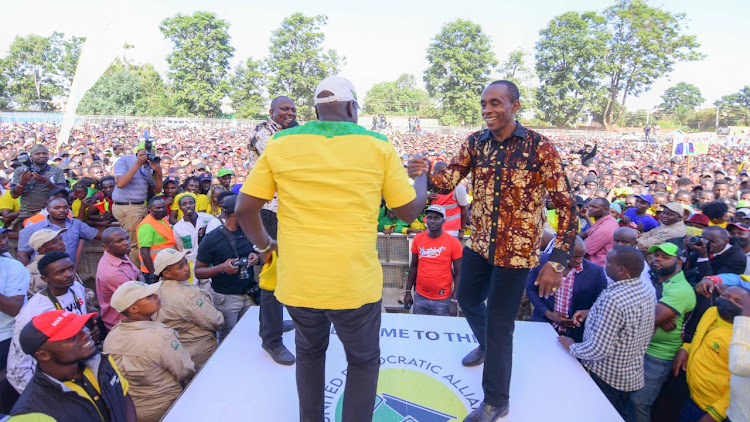 Kiambu County Senator Kimani Wamatangi will fly the UDA ticket in the Kiambu governor race after winning the nominations.

Wamatangi won in 10 out of the 12 sub-counties in the county with 68,786 votes against MP Patrick Wainaina Wa Jungle who garnered 50,446 votes.

The voters' turnout in the county was low.

Other nominees for the UDA ticket were former Governor Ferdinand Waititu and Eric Muturi.

Earlier, there were claims that UDA had settled for Wamatangi, remarks that were dismissed by Wainaina.

Wainaina had also said that he was willing to broker talks with his competitors for a deputy position.

Others are the former Women Representative Ann Nyokabi and Juliet Kimemia (KANU).

During the Kenya Kwanza rally at Thika stadium, Wamatangi said the decision to switch camps was made after intensive consultations between him and the electorate.

"I am not here to joy ride. I am here because this the place that I need to be. I have talked with the women in the market, the youth in their jobs, and the men in their homes, and even with my own family and all of them have told me that from here, UDA is the party," Wamatangi said.