• Keroche Breweries boss has launched a passionate appeal to the President seeking his intervention as KRA had closed all negotiation doors. 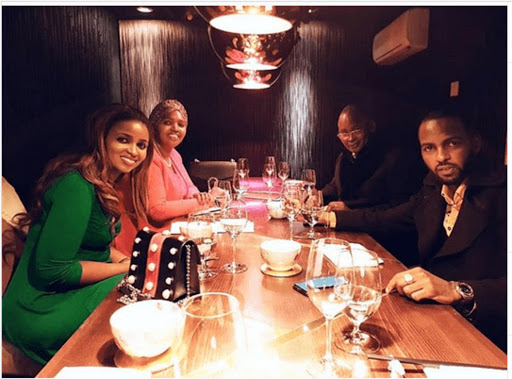 The Kenya Revenue Authority (KRA) has now closed down Keroche Breweries over a Sh332m tax row.

The taxman further warned financial institutions from lending cash to the Naivasha based company raising fears that tens of workers who rely on the company and directly and indirectly would be rendered jobless.

Following the move, the brewer has launched a passionate appeal to the President seeking his intervention as KRA had closed all negotiation doors.

The company noted that it was ready to pay all the taxes if given a grace period as the Covid-19 pandemic had adversely affected it.

It further questioned the move by KRA to issue an agency notice to 36 banks saying that this was a plan to lock it out of the market.

For the last couple of years, the brewery has been engaged in a protracted tax war with KRA forcing the company to close down on several occasions.

Following the move, the company CEO Tabitha Karanja has petitioned the President to intervene as efforts to get an audience with the KRA commissioner General had hit the wall.

Addressing the press in Naivasha, Karanja attributed the current financial crisis to Covid-19 which saw the company operations paralyzed at the height of the pandemic.

Flanked by the company’s workers, Karanja vowed to soldier on, noting that at the height of its operations, the company was remitting over Sh200m to the exchequer every month.

“We are sure that this issue can be sorted amicably as we are ready to pay the required taxes if KRA opens up our brewery,” she said.

She noted that the closure of the factory was due to Sh322m tax arrears which had accrued from February 2021 which saw them enter into a pact with KRA on how to resettle it.

“However in December 2022 KRA closed the factory and further issued agency notices to 36 banks and we could not produce or access any finances to assist in settling the arrears,” she said.

Anerlisa lists how much she spends on designer perfumes

The Keroche heiress truly has a taste for fine things.
Lifestyle
1 year ago

Ben Pol has been appointed ambassador for environment conservation by Selemani Jafo, the Minister of State in the country's Vice President's office.
Entertainment
1 year ago

She added that efforts to renegotiate with the KRA Commissioner-Domestic TaxesDepartment had failed and efforts to get revenue stamps had hit the wall.

Karanja said that the authority had closed down the factory with over 2m liters of beer worth Sh512m in their tanks, raising fears that the liquor could go to waste in seven days.

“This has drained all our resources and unfortunately if nothing is done in the next seven days, we will be forced to drain down all the beer and lay down over 250 direct employees,” she said.

In their appeal to the President, Karanja requested for the reopening of the factory and to KRA to give them a grace period of twelve months on the tax arrears.

“Keroche is capable of remitting over Sh21B every year in tax and a positive consideration of this appeal will be a win for both the company and KRA,” she said.

Karanja, who is seeking the senatorial seat in Nakuru County, challenged Parliament to formulate laws that would in future protect and cushion local enterprises.

“The laws should mandate the CS Treasury to give waivers or moratoriums to investors during such difficult times brought about by a global pandemic,” she said.

'I'm not seeking this seat to protect my company,' Anerlisa Muigai's mum says

Keroche CEO Tabithat Karanja said, "I have fought all manner of battles to make Keroche what it is today and am confident I will make it in the ...
Politics
8 months ago

The musician addressed the rumour that he is dating Anerlisa
Exclusives
7 months ago
WATCH: For the latest videos on lifestyle stories