•In a cute video, Chiki enlists her mother in laws help 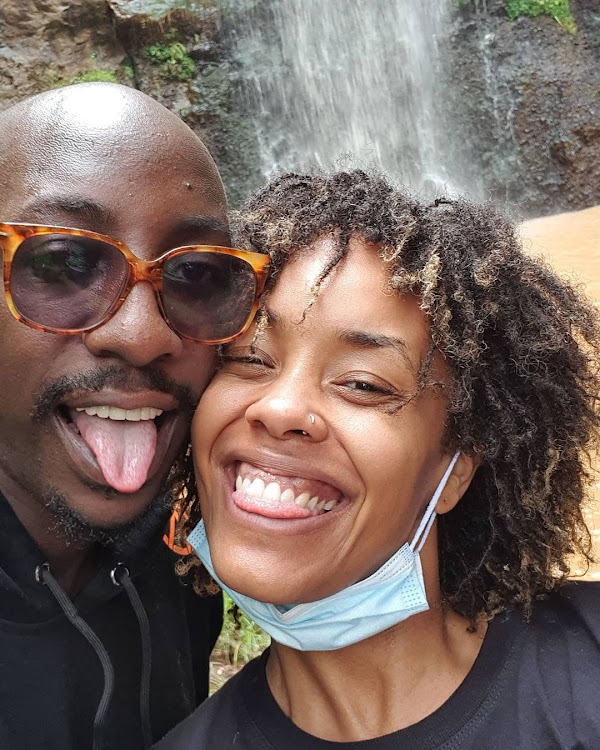 Bien Aime's wife Chiki Kiruka has penned a grateful note to his parents saying she adores the loving relationship between them.

Chiki shared a rare video of Bien's dad, where she is heard talking to him.

On her Instagram stories, Chiki won the praise of her fans after showing a video f Biens dad not smiling.

"Lol, why don't African dads like to smile?? Anyway, there has been this narrative that I really like to dispel, that in-laws are these awful, judgmental personalities that you need to fear.

It’s true that perhaps some people are unlucky, but I’m here as a reminder that there are some AWESOME, supportive and loving in-laws out there.

I am BLESSED to have mine, and I hope Bien would say the same about my parents. Having a close and loving family is REALLY important to me, I feel blessed to have just that…. At home and in marriage."

Chiki and her in-laws were hanging out at a popular restaurant when the cute moment went down.

In the video, Chiki asks Bien's dad to smile but he refuses saying, "I don't smile in photos."

She is not convinced and keeps urging him to "smile" but he shakes his head adding "No".

Even attempts to involve her mother-in-law to get her husband to smile fail.

Bien has previously opened up about his dad wanting him to follow a different career path.

Bien once told, "My dad has finally reconciled with the fact that I’ll never get a real job."

Bien wrote this caption on a photo of him holding a guitar and his father sitting beside him.

They dated for 6 years.
Entertainment
5 months ago

"There you have it. Don’t let ignorance catch you on the wrong side of the law. The Bald Men Association Celebrates this move." - Bien
Lifestyle
2 months ago

Bien reveals why he isn't a father yet

Bien revealed the number of kids he would love to have
Exclusives
4 months ago
WATCH: For the latest videos on entertainment stories

Bien willing to get a vasectomy