• Nick has moved from on screen to behind the scenes.

• The father of one says he is in a good space. 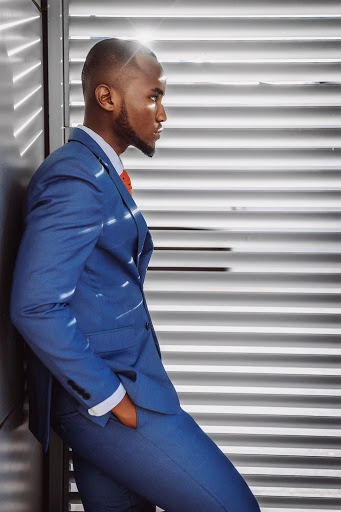 Kenyan actor, producer,  and corporate emcee. Nick Mutuma has a new docuseries that fans can catch up with very soon on YouTube among other digital platforms.

The Guinness Black shines the brightest series currently airs on Maisha Magic and Mutuma said that it's a game changer.

The actor has for the first time opened up about children and family goals. Speaking on Thursday, July 28 to Mpasho's Kalondou Musyimi,  he told that he has been thinking of adding to his family.

Did the actor want more kids?

Why does he keep his life private?

"I think I've just experienced the good and the bad of being in the spotlight and I think it's important to protect those that you love."

Nick has been working professionally since 2008 and is now ready to wear a different hat. Nick can now be found behind the camera.

Explaining his direction from acting to behind the scenes, Nick admitted,

"The transition was tough because it was difficult for people to see me beyond just acting, people look at you for face value but I think you know once you are able to create and put out a few things once our content was made it to Netflix it just changed how people looked at me at the end of the day its really just about letting  the content speak for itself."

How would you explain how people looked at you?

"I can't really explain but I can just say that my move to production wasn't embraced by everybody but there were those who did and I have received a lot of support from a lot of my mentors who were in production it's been great."

He added that there are misconceptions the world has about people like him;

"People just think good-looking people are damn unfortunately but I think for me it just speaks through pictures storytelling is what I love to do in whatever capacity."

When will the show air?

"It already aired on Maisha Magic but gonna be on digital youtube from next week so guys should be ready to access it then."

"We are not in a rush. It's not one of my main goals right now. Right now we refocused on our career and raising our daughter." -Bridget Shigadi
Entertainment
10 months ago

Mpasho Exclusive: Nick Mutuma and Bridget Shighadi Are Officially Back Together!

Mpasho Exclusive: Nick Mutuma and Bridget Shighadi Are Officially Back Together!
Lifestyle
7 years ago
WATCH: For the latest videos on entertainment stories