Celebrity kids who are in the same industry with their parents

• Ladasha Belle is an influencer and a brand Ambassador just like her mum Size 8.

• Jayden Smith has followed in the footsteps of his dad Will Smith who is an award winning actor. 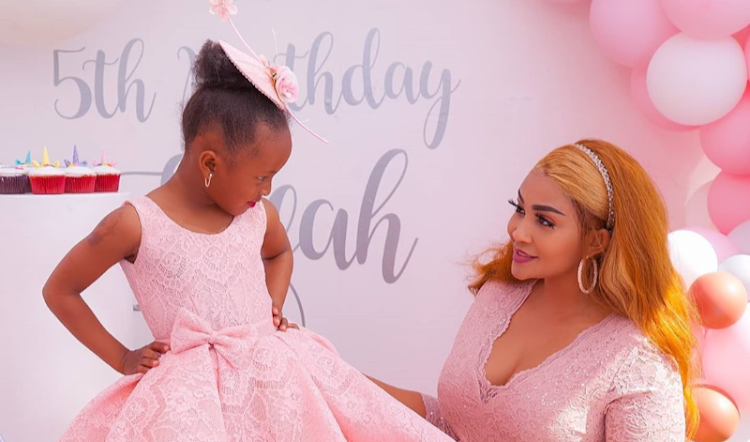 Zari posing with Tiffah in the past
Image: Courtesy

Celebrities are always in the public eye what they do, dress, and eat always amusing to their fans.

When they finally start a family their fans are still curious to know what their kids do; kids look up to their parents and end up doing the same career as their famous parents.

Here are some of the celebrity kids practicing the same career as their famous parents;

The famous couple Jada and Will Smith have been in the Hollywood industry for decades now, they have been couple goals to many of their fans.

These two have two adorable children who are now young adults pursuing the same career as their parents.

Will Smith and Jada are actors and their son Jaden Smith has followed the same career path as his dad to feature in movies.

In 2006 Will Smith and his son Jaden Smith did a movie ‘Pursuit of happiness’ where we saw a young Jaden show his acting skills.

They later went and did another movie years later called ‘After Earth’.

Willow Smith has been working on her music and hosts a show with her mother and grandmother ‘Red Table Talk’ where they cover three-generation women’s relationships.

We were first introduced to Miley Cyrus as an actress on the popular TV show ‘Hannah Montana’ who lived a double life.

She always did music in the films she was featured in; years later she started doing music just like her father.

Billy Ray is a country musician who has been in the entertainment industry for decades. Miley Cyrus has been doing music just like her father and she has put out shows and albums.

Beyonce has been doing music since she was 9 years old and it looks like she’s passing it on to her daughter Blue Ivy.

Born into fame from the two most popular couples in the world Blue did a track with her mother and Wizkid which turned into a major record that wore her a Grammy award at only 9 years; making her the youngest Grammy award winner.

Blue Ivy performed at the Oscars this year with Beyonce. We don’t know what to expect from the young star but what we know is she’ll be a big star just like Beyonce.

David Beckham is a football player and also a model, his marriage to Victoria Beckham who’s a singer and a fashion designer.

Their two sons Brooklyn and Romeo are venturing into the modeling industry. David Beckham is proud of his sons and what they are doing he says they are natural.

Size8 is a famous Kenyan musician who is married to a popular Gospel Dj.

Their daughter Ladasha Wambui has been following the steps of her mother closely.

The singer Size 8 is a brand ambassador for renowned Brands; Ladasha has become an ambassador just like Size 8 for Soft Care pampers.

Foi Wambui: I dropped out of law school after three months

Foi is a content creator, an influencer and an award winning actress.
Entertainment
2 weeks ago

Akothee praises daughters for being hardworking and grounded

I am surely a blessed mom to have focused disciplined children. I love you ma and thank you very much for being there for me
Entertainment
3 weeks ago
WATCH: For the latest videos on entertainment stories