• Sanura is about a young woman caught between preserving ancient tradition and forging her own path. 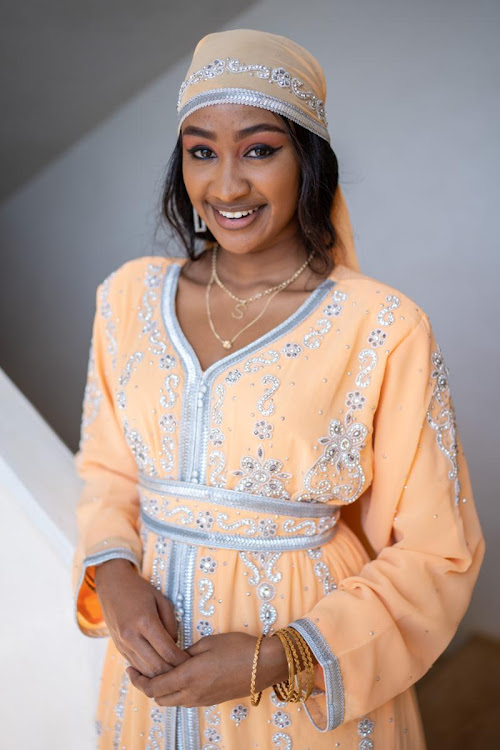 Ivy Wanjiku is one of 'Sanura's' actors

Sanura which is set to premiere on Maisha Magic Plus, DStv 163, and GOtv Channel 8 beginning today and every weeknight at 7.30 pm EAT is about a young woman caught between preserving ancient tradition and forging her own path.

The telenovela will have a double bill set to air on Wednesday 20 July 2022.

Sanura, set on a rich Swahili cultural heritage at the very heart of the picturesque Lamu Island and its sister islands, Pate and Shela stars an electrifying cast of young up-and-coming actors as well as established actors, including Eddie Kimani, Ivy Wanjiku, Isack Gerson, Nyota Waziri, and Sele Mzamil.

“The epic telenovela is the latest in Maisha Magic Plus’s commitment to bringing authentic Kenyan stories to the screen. “We continue to work with the best in Kenyan talent to create premium local entertainment that resonates deeply with our viewers and appeals to their imaginations, while keeping up with their evolving tastes and preferences,” said Margaret Mathore, Channel Head for Maisha Magic Plus.

“We’re proud to add another excellent and compelling premium local show to our lineup, and we have no doubt that it will join the ranks of our audience favorites” she concluded.

“Sanura is set in a rich Swahili heritage which defines our traditional culture and heritage which unites us as a people. Telling such stories not only helps to preserve our culture but also solidifies the grasp of our language.  I love creating riveting shows and fans of Swahili telenovelas can look forward to the premier of Sanura, which will deliver the entertainment they love and showcase the characteristic of award-winning local shows,” said Daudi Anguka, the Executive Producer of Sanura.

Sanura follows the journey of a teenager on the cusp of womanhood who must fight the oppressive patriarchy of her culture when she is ‘won’ by the ruthless fighter Dula as his prize during a wrestling match.

Her father however rejects Dula’s request for Sanura’s hand in marriage, but for his own selfish interests – he wants her married off to someone else to settle a long-standing debt.

This causes Sanura and Dula to become unlikely allies in a fight against treating women as objects rather than as human beings who can make their own decisions.

Will they succeed, or will old traditions win in the end?

Defiant, daring and courageous, Sanura is stuck between following her father’s wishes by preserving the past or staying true to herself by trailblazing a new future.

The telenovela is the story of choice versus tradition, agency vs objectification, love versus duty, family versus self. These are themes that many viewers can resonate with, making this a show you will not want to miss!

Anguka is more popularly known for his films Nyanya Rukia and Pete which have premiered on Maisha Magic East, Plus and Showmax and have been nominated and bagged various awards at the Kalasha Film Festivals.

Sanura premiered on Maisha Magic Plus (DStv Channel 163 and GOtv Supa Channel 8) on Tuesday 19 July 2022 at 7.30pm and every Mondays to Friday thereafter.

Click Click Bang movie revolves around Kev, a super talented footballer and orphan with a sick sister to take care of.
Entertainment
3 weeks ago

Soul mates! List of J Lo's loves who got away