Sh 720,800 had been transferred from Njoka's Standard Chartered Bank, CBA Bank, and his KCB bank account to an unknown Mpesa.

• Muturi's son Njoka was in the company of his cousin and friends. 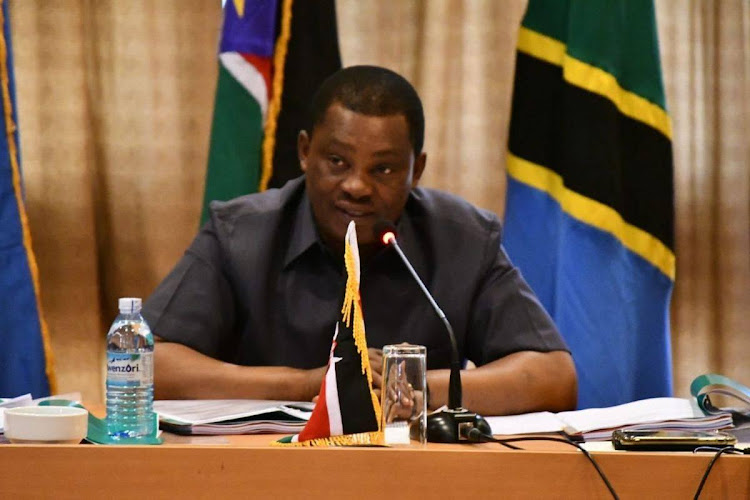 Former National Speaker Justin Muturi. His son Brian Njoka was robbed of more than 700K by mchele gang at a bar in Kericho.
Image: Twitter

Brian Njoka, son of the former National Assembly Speaker Justin Muturi is a sad man after losing 720,800 to mchele gang.

The middle-aged man was having a good time at a high-end joint in Kericho county before the mchele gang struck on the night of August 22, 2019.

"Within less than 12 hours, a whopping Sh 720,800 had been transferred from my Standard Chartered Bank, CBA Bank, and my KCB bank account to Mpesa sent to an unknown phone number and Co-operative bank account. How this happened is a mystery to me," Muturi's son Brian Njoka told the court.

Njoka said he was in the company of his cousin  and friends when they were joined by two unidentified women.

Their drinks were spiked with an unknown substance by two unidentified women who stole his Mobile Phone make Samsung Galaxy Note 9 worth Sh 100,000.

Njoka told the court the two women joined their table without an invitation from him or his friends.

"I do recall that on August 22,2019 at about 10:30 pm while on a visit to Kericho town with my mother, I went out with my friends to a club called Exclusive where we made merry as l settled my bills using my mobile phone valued at Sh 100,000.

At the club while parting at some point l saw two women join my table but later left. From then l do not know what happened as l left the premises the following day at 12:30 pm," Njoka stated.

He informed the court that immediately after he left the club he went back to his hotel room where he took a shower and he and his mum traveled back to Nairobi without lodging a complaint of the lost mobile phone with any police station within Kericho town.

His wife, who was being detained, was later released after explaining that she was his wife. The police who arrested her also apologized for the ...
Crime
3 months ago

Basmati babes or pishori queens are frequenting entertainment joints looking for their next victim. Here's what you need to know
Lifestyle
4 months ago
WATCH: For the latest videos on entertainment stories

Kenyans share their experiences with drinks being spiked at clubs