Kenyans share their experiences with drinks being spiked at clubs

• Kenyans are sharing their experiences, cautioning men against picking random women in clubs.

• The women rob unsuspecting 'clients' who have been drinking. 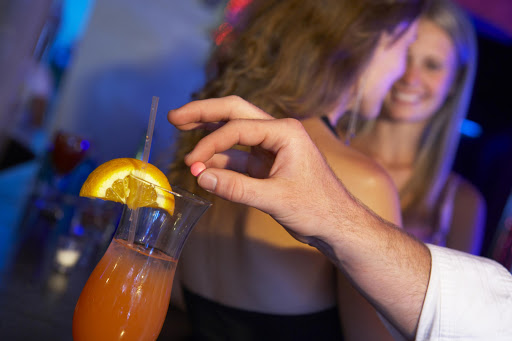 Kenyans on social media are sharing their experiences with their drinks being spiked in clubs.

The practice, that is now widely known as adding 'Mchele' or 'Pishori' to a drink is most popular in night clubs.

There, most men have fallen victim to their alcoholic drinks being used to lure unsuspecting persons and later rob them.

Women who have fallen victim to the vice has also ended up being robbed or raped.

On a viral Twitter thread, a Kenyan man shared a video of the woman who drugged him with 'mchele' cautioning other men to be careful.

The man was approached by an older woman, he then took her to his home where sadly he was emptied of his Mpesa and other belongings.

The tweet that has since been deleted, elicited sharp reaction to why men should stop picking strange women from clubs and taking them to their homes.

While some Kenyans on Twitter are recalling their own ordeals, others are sharing what their friends have unfortunately gone through.

Some of the pieces of advise being offered to men is to sit at the counter if they are alone and keep company with the bartender.

Many are also being advised to quench their thirst in other ways.

@Musakuru45 - "As a previous mchele victim, men when in a pub and a chiq/mamaz is acting "over friendly" hepa bana,run very fast, secondly order one beer at a time, anytime you leave for the washrooms exhaust your beer and order another bottle when you get back,saves much on mchele drama."

Other helpful advises is the action one should take if they fall victim to 'mchele gang'.

The caution follows a similar incident recently at a club along Langata road where another man suffered a similar fate.

He exposed his attacker sharing a CCTV photo of her.

The team reconstructed the scene to enable them to answer many unanswered questions, get the trajectory of the killer bullet and collect more ...
Crime
2 weeks ago

Noti Flow described her ex-girlfriend, King Alami as a psycho and a 'headache' that she still loves.
Entertainment
2 weeks ago

KRG shares the pros and cons of having 3 baby mamas

KRG: How I have managed to keep my baby mamas happy
Lifestyle
2 weeks ago
WATCH: For the latest videos on entertainment stories