'All those Facebook/Twitter accounts are fake ,' Juliana Cherera

Juliana Cherera says she is not on social media

• The active usage of Cherera's accounts rose after the four commissioners'  addressed the nation distancing herself from the presidential results.

• It was only vital for her to come out and clear the air to avoid more controversial leads in the midst of the elephant in the room. 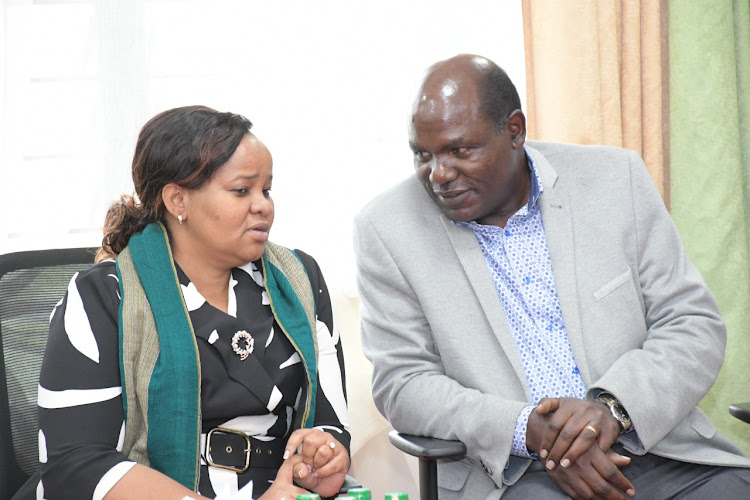 IEBC vice chairperson Juliana Cherera has said she is not on any social media platform amidst pseudo accounts arising perpetrating to be her.

“I am not on social media. All those Facebook/Twitter accounts are fake and I have reported them to the relevant organizations/authorities,” she stated.

The accounts caused alarm as photos of her and some Azimio leaders e.g. Former Mombasa Governor Ali Hassan Joho circulated causing a rise in eyebrows.

It was only vital for her to come out and clear the air to avoid more controversial leads in the midst of the elephant in the room.

The active usage of Cherera's accounts rose after the four commissioners'  addressed the nation on them disagreeing with what their chairperson Wafula Chebukati let out as the official IEBC results after the tally.

The commissioners stated in a press conference delivered by vice-chairperson Juliana Cherera on Tuesday at the Serena Hotel that the addition of the percentages of the results was a mathematical folly that defied reason.

"When we demanded that we verify the results, the chairman refused and insisted on declaring and announcing the results," she summed up.

The plot twist was when the IEBC chairperson alleged that the four commissioners who cast off the final results wanted to force an election run off.

Chebukati maintained that the commissioners had access to all results and were involved in all activities of verification and tallying of the presidential election votes until William Ruto was stated the victor.

William Ruto was declared the fifth President of the Republic of Kenya.on August 15
Entertainment
1 month ago
WATCH: For the latest videos on entertainment stories