Raila has lost 5 elections so far

• The 77-year-old revealed that he was unhappy with Chebukati's conduct.

• He vowed that he would go to the legal route in challenging the results. 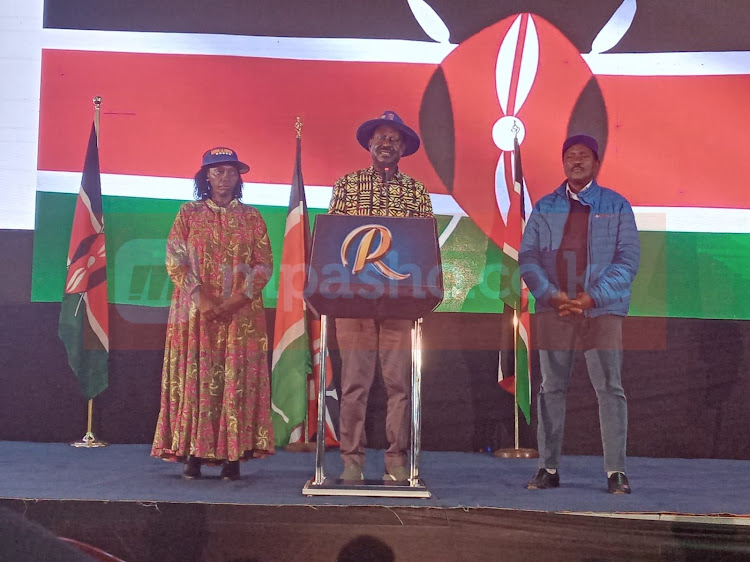 “I want to commend the heroism of the four commissioners, the majority of the IEBC who stood up to the bullying and the illegal conduct of Mr. Chebukati.

He reiterated his support for the 4 commissioners saying that Kenyans are behind and they shouldn't be afraid.

"We are proud of them and ask them not to fear anything, Kenyans are with them,” Raila Odinga remarked.

Speaking at the Kenya International Convention Centre (KICC), Odinga and the Azimio team rejected the presidential result released by the IEBC Chairperson.

He also took time to praise his supporters for the manner in which they had behaved in this tumultuous time.

“On we totally and without reservations reject the presidential results announced yesterday by Mr. Chebukati. I want to commend our supporters for remaining calm and keeping peace and I ask them to continue to do so. Let no one take the law into their own hands," he said.

He finished by saying that he was unhappy with the electoral process and that he would be seeking legal redress.

“We are pursuing constitutional and lawful channels and processes to invalidate Mr. Chebukati’s illegal and unconstitutional pronouncement,” Odinga affirmed.

This will not be the first time that Raila is challenging an election result. In both 2013 and 2017, he disputed the results delivered.

In 2013, his case was thrown out while in 2017 the Supreme Court ruled in his favour leading to a repeat in the presidential election which he boycotted.

Raila has thanked Kenyans for maintaining peace and order.
Politics
1 month ago

William Ruto was declared the President-Elect by IEBC Chairman Wafula Chebukati at the Bomas of Kenya.
Politics
1 month ago
WATCH: For the latest videos on entertainment stories