'I won't show his face,' - Carol Sonnie confirms she has a new bae

• Mulamwah's ex-girlfriend Carol Sonnie has for the first time confirmed that she is seeing someone after breaking up with the comedian.

• Earlier in March Fans to Carrol Muthoni reacted to a photo of her getting cosy with singer Madini.

Mulamwah's ex-girlfriend Carol Sonnie has for the first time confirmed that she is seeing someone after breaking up with the comedian.

Sonnie confirmed she is dating during a Question and Answer session on her Instagram with her fans.

One male fan was trying to shoot his shot at Carol Sonnie when he asked her, 'mbona hunitaki?' (Why don't you want me?) Carol answered 'Ju siko soko' which is loosely translated to (I am taken)

Another fan wanted to know whether she will ever reveal her bae's face to which she answered, "Heh noo hii nairobi ficha mtu wako kama bhangi." (In Nairobi you are supposed to hide your lover like weed)

The revelations came after she made a social media comeback after a while, something which had worried her fans.

She confirmed that she is OK and that she has been taking care of her mental health.

Earlier in March Fans to Carrol Muthoni reacted to a photo of her getting cosy with singer Madini.

That was not received well by the mother of one who has admitted that the photo was shared to chase clout as the singer has a new song. 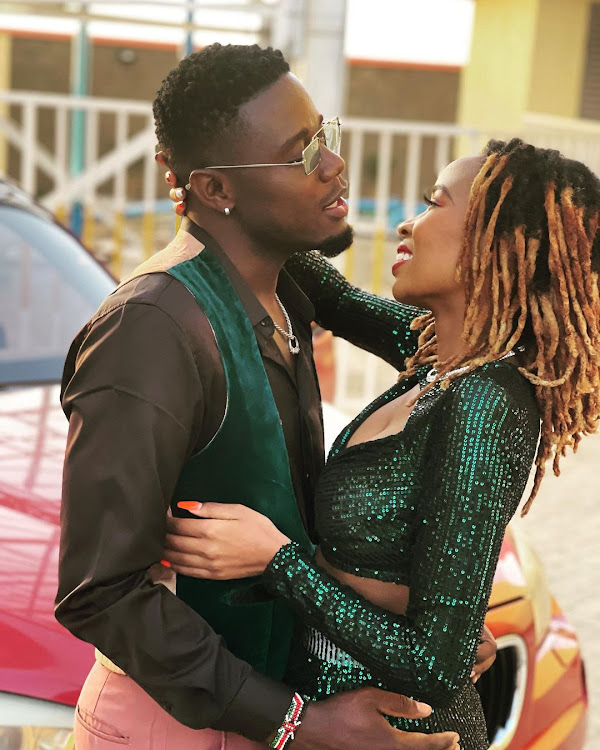 In an Instagram message, she revealed that she is not a husband snatcher and that its just business.

"Don’t be fooled, it’s a music video. It’s really sad how some individuals are taking advantage of all this and trying to tarnish my brand.

To my fans, poleni for the misunderstanding that was brought by the other parties. This is purely work. Don’t be played."

Nadia said that most female artistes go through such trolls after giving birth.
Entertainment
6 months ago

Mulamwah hangs out with his daughter Keila

Mulamwah had earlier said that he was not Keilah's father.
Entertainment
8 months ago