• Mulamwah throws a tantrum, asserting that Sonnie was cheating on him while they were dating.

• Samidoh, who has been married to Edday Nderitu for 11 years, has admitted to fathering Nyamu’s second child. Will he bite the bullet this time round? 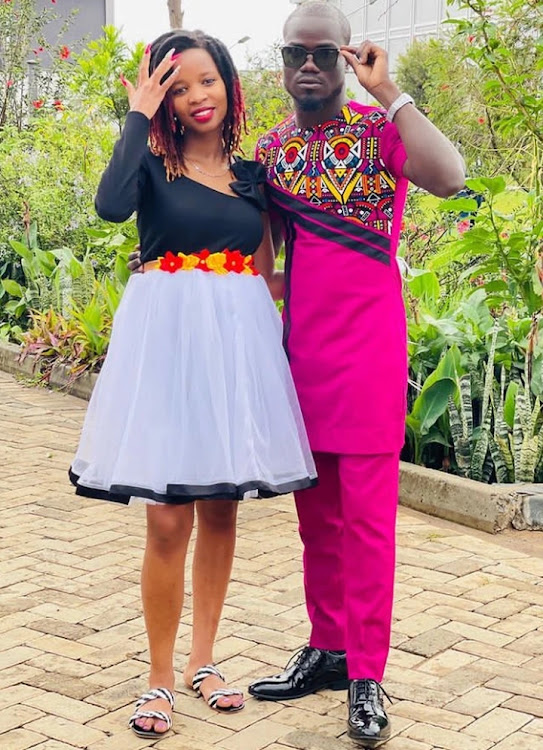 “You are NOT the father!”

This is a popular line from ‘Maury’, a TV show in the United States. It’s dramatic daytime entertainment on issues such as teenage pregnancy, sexual infidelity and unusual phobias.

The most popular topic, which also features the above quote, is paternity tests. In a nutshell, a couple in a paternity dispute gets a DNA test done and the results are read on the show for the entire viewing world. Now in its 30th season, it’s proof that what happens behind closed bedroom doors makes for good public entertainment.

The first guest is the beautiful Sonnie, claiming comedian Mulamwah (David Oyando) is her baby daddy. Mulamwah throws a tantrum, asserting that Sonnie was cheating on him while they were dating.

“The neighbour sent me videos of them partying and kissing... I still have them, some bloggers have them, too, having fun on weekends,” Mulamwah says. “Keilah is NOT my kid.”

‘Maury’ plays a video of the two of them cosying up in a park, followed by a slide of a social media post by Mulamwah now reworded, “Keilah is not my kid. Keilah is our kid.”

“Does this mean you two are back together?” ‘Maury’ asks.

“Let me set the record straight,” Sonnie declares. “Yesterday I was having a photoshoot with Kapedo. Few minutes into the shoot, Mulamwah showed up, I wasn’t aware he is coming and he wasn’t invited.”

The audience is agog, unsure what to make of this back and forth, when stage left enters TV girl Jacque Maribe. “Eric Omondi is the father of my seven-year-old son,” she says.

“We used protection!” Eric jumps up and down, decrying their tryst as a one-night stand. “After two months, Jacque tells me she’s pregnant! I immediately asked her how since we used protection? She then tells me, ‘It doesn’t matter; the mother always knows who the father is’!”

Guest Karen Nyamu introduces a new wrinkle to the narrative: GBV. In February, she gave birth to a second child with popular singer Samidoh, even after she publicly documented extensive abuse by the Mugiithi musician.

“He has just come to my house and beat me up so badly, threatening to kill me and go to Kamiti [Prison],” she says, “I was hiding in one of the bathrooms in my spare bedrooms but he checked all around until he found me.”

Samidoh, who has been married to Edday Nderitu for 11 years, has admitted to fathering Nyamu’s second child. Will he bite the bullet this time round?

Celebs and those pesky unplanned pregnancies

‘Maury’ finally brings out sealed envelopes, reads aloud for all and sundry. “As pertains to baby Keilah, Mulamwah you ARE or are NOT the father.”

Confusing? Yes. Should it be? No.

You see, unlike in the other episodes, ‘Maury’ does not have the DNA results because, for some weird reason, no one in Kenya bothers to do any, despite the proliferation of DNA testing in the country.

There is no need for women to be paraded on social media as if all they do is sleep around with various men, selecting one at random as their baby daddy. These celebrities drive around in million-shilling cars and wear Sh50,000 wigs, while a DNA test costs a mere Sh10,000. If they are creating drama purely for entertainment purposes, they should consider the psychological damage such scandals will have on their children as they grow up.

For Keilah, the Internet will preserve this statement from Mulamwah: “I played dumb, I apologised for her mistakes, got her paged and left.”

Family Curse? Why Eric Omondi doesn't want to get married

Eric has a son with Jacque Maribe.
Entertainment
10 months ago

Nyamu was first spotted wearing the bracelet a year ago during an interview with Radio Jambo.
Politics
9 months ago