Madiba reveals he is the prayerful partner in his relationship

•Jackie Matubia and Madiba have been together since 2019.

•The Zora actors Madiba and Nana are expectig their first child.

Actor Blessing Lungaho says he is the prayerful partner in his relationship with fellow actress Jackie Matubia.

The couple revealed what each one's strengths are during a game on Jackie Matubia's YouTube channel.

"I am the prayerful person in this relationship, hata magoti yangu inauma (eve my knees hurt due to constant prayers). Plus my name is Blessing so I am a prayer myself."

Who talks more? Blessing responded that Matubia talks a lot more than he does.

"She talks more, she does not understand that sometimes I am just tired and want to be left alone, si lazima unipe story from 5 to 9 pm."

Madiba says Matubia is the bigger spender in the relationship.

However, the actress saves so that she can indulge in impulse buying. 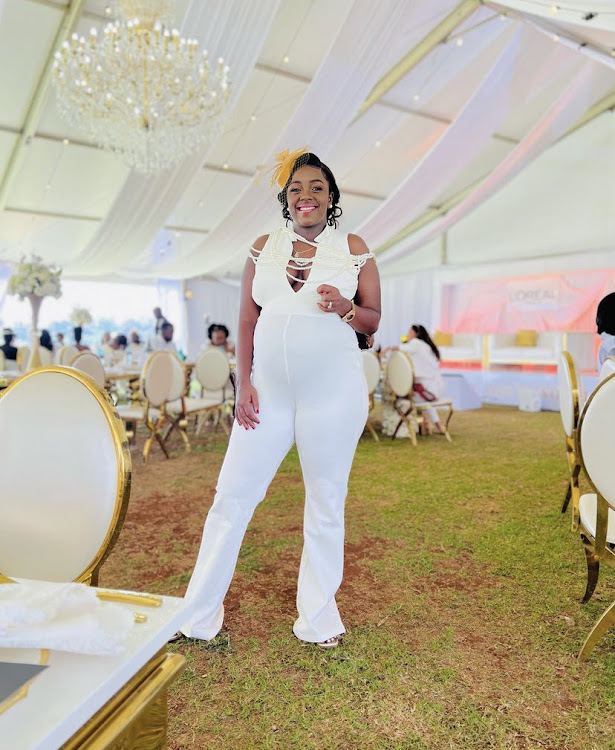 In an interview with Mpasho. co.ke Madiba now says he will be a two-time dad.

"Children are a blessing in more ways than one, I also have a daughter. Fatherhood is something I can't explain. It's an amazing feeling."

Madiba had earlier revealed they decided not to know about the baby's gender early into the pregnancy.

Madiba says he and Matubia don't know the gender of the child they are expecting.

"I didn't want to know the gender and she respected that. But we will be going for a scan together as we have to start shopping for the baby. "

Matubia also has a daughter (Zahria) from her past marriage.

The couple first met during an interview Matubia was holding on Switch TV where she hosted Chatspot.

The couple made their relationship on Valentine's day. The two say they have learned to separate their personal and work life hence their union has worked this far.

The two were dating while acting in the show Zora but the fans couldn't differentiate whether the relationship was genuine or just acting.

I was going through a lot - Matubia denies conning designer

Jackie Matubia defended herself saying, she received a lot of hate at that time so she could not post anything.
Entertainment
4 months ago

'I will be a two-time dad,' Madiba about child with Jackie Matubia

Madiba and Matubia will be a family of 5 once their child is born.
Entertainment
4 months ago

Actor Blessing Lungaho a.k.a Madiba says he's a private person and won't be recording their child birth
Exclusives
4 months ago

Why Matubia cried when she learnt she was expecting another baby
Entertainment
4 months ago
WATCH: For the latest videos on entertainment stories