Matubia cried when she learnt she was expecting another baby

• Matubia and her fiance, Blessing Lungaho are expecting their baby soon.
• Matubia says she learnt that she was expectant when she was 8 weeks pregnant. 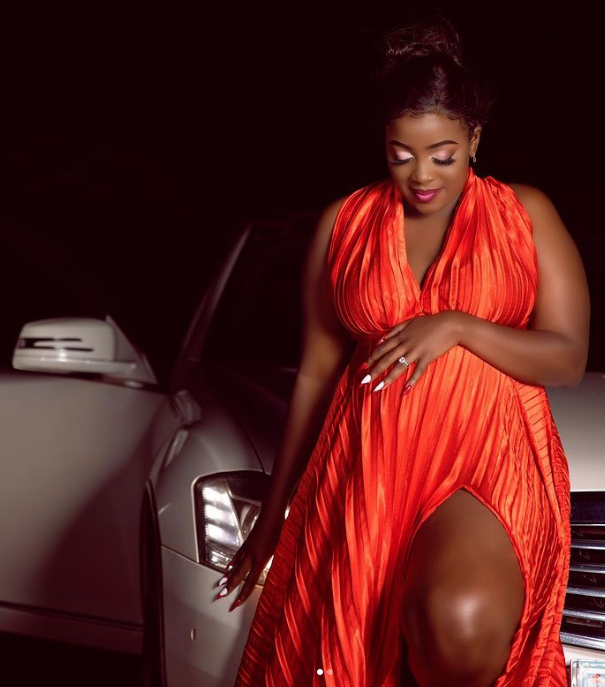 Multi-talented actress and content creator, Jackie Matubia has revealed that she came to learn she was expectant when she was 8 weeks pregnant.

Matubia and her fiance, Blessing Lungaho are expecting their baby soon.

Speaking on her YouTube channel, Matubia said she found out she was expectant after she fell when out with her friends. She assumed she was OK yet she was hurt.

“I knew I was pregnant at 8 weeks. There is an event I went to and we partied hard. I went backstage and missed a step and fell. When I went to my friends I told them about it and we even laughed about it.”

However, that was when things started happening and she went from having a swollen butt check, to losing her appetite and she even thought she had contracted Covid-19.

"The next day I wasn’t feeling well, I even thought I had covid. I had no appetite, and his cologne was irritating me. I was at a point where I never thought I could be pregnant again,” narrated Matubia.

Upon going to the hospital, the actress was asked to take a number of tests as she waited for her results. It was then that the doctor broke the news leaving her frozen.

“Between my last period and the time of conception, when I was getting pregnant I was on family planning (an injection). The doctor told me I was 8 weeks pregnant, I froze when the doctor told me that. I did not know whether to laugh, cry or shout. Zahri’s (1st born) was something I had planned for. In this second pregnancy, I wasn’t ready because our relationship was just in the ‘honeymoon’ period.”

Upon receiving the news, Matubia went to her car where she cried for half an hour in sharp contrast to how excited Blessing was when she shared the news.

"I then called Blessing (Madiba) over the phone and he was very excited. But he also told me to tell him more about it once we got home. After learning I was pregnant is when the symptoms come in.“

The former Zora actress was thrown into limbo because she didn't know whether the deals she had signed with different clients would be canceled.

”For the next 1 week, I used to cry because I did not know if my contracts with different companies would be terminated. I felt like I was gonna lose all the sources of my income, it was hard.“

Matubia who made her relationship with Blessing public during Valentine's Day, added that her plan was to avoid confusing her fans since the two were still on Zora.

Jackie bragged about her daughter, Zari's, sporting prowess in football.
Entertainment
4 months ago

What you need to know about false labor like Jackie Matubia

Your pregnancy hormones are hard at work, sending messages to your body to slowly start the process of childbirth.
Entertainment
4 months ago

I am drained emotionally - Jackie Matubia eagerly waiting for her child