Piece by: KNA by Muguongo Judy 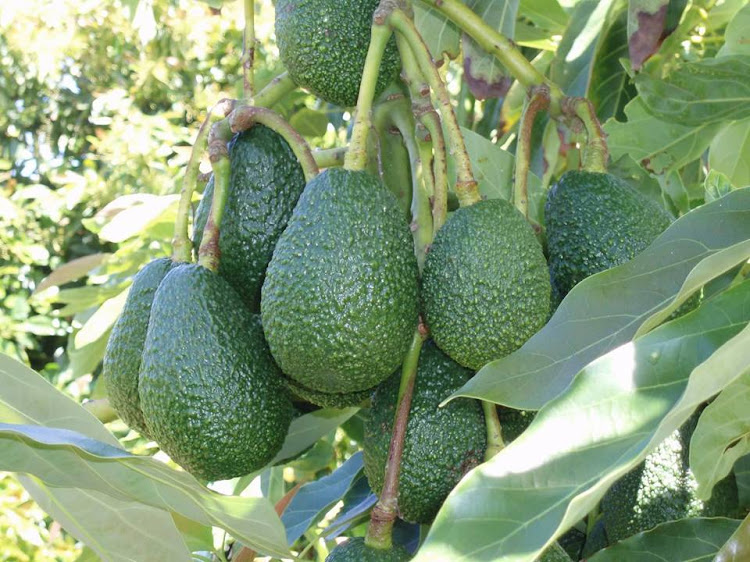 Avocado farmers from Abongeta West, Meru County have decried increased theft of their avocado fruits from their farms.

According to the farmers, unknown people are harvesting their mature fruits in the wee hours of the night, especially in the past two weeks.

“I have been tending my avocado farm for the last eight months, I had high expectations this season of pocketing roughly Sh50,000. However, my dreams have been cut short,” said a farmer, Johnstone Muthamia, adding that thieves have harvested over 3,000 fruits from his farm.

Muthamia pointed out that   avocados, especially the Hass variety have high demand both locally and internationally.

Job Mwarania is another disappointed farmer, who says that he only managed to sell part of his produce to brokers before the rest was stolen.

Inspekta Mwala's offspring are a spitting image of him.
Lifestyle
2 years ago

Mwarania pointed out that after   he sold the first batch of Hass avocado which fetched him Sh16,000 thieves invaded his farm and harvested all the remaining fruits.

“We have a feeling that these thieves are being sent by unscrupulous brokers from Nairobi, they come armed with spotlights and vehicles to ferry the fruits,” he said, adding that the thieves are coordinated by people who know the region quite well.

Mwarania says that it is unfortunate that people want to harvest where they have not toiled.

“To pick mature fruits we normally pay brokers Sh1 per piece” he said, adding that the avocado business has created jobs for many youths in the region.

He reviewed that farmers have organized themselves into groups now to guard their produce even at night.

“We shall not watch thieves loot away our fruits, we will remain vigilant,” he said, urging the security agencies to intervene to stop the menace.

Abogeta west avocado cooperative chairperson Kinyua Mburugu pointed out that many farmers in the region have lost their fruits in the past one month.

Mburugu noted that the gang of thieves is invading the farms mostly at night armed with spotlights, sacks and boda bodas for ferrying the fruits to the market.

In one such instance, a woman who had just received Sh780,050 from a pension scheme was swindled the entire amount by the con.
Crime
1 year ago

He said the trend is worrying as for the last two years’ farmers have been battling theft of their fruits, but this year has become too much.

“Hass and Fuerte avocado varieties are on demand both locally and internationally hence attracting many buyers,” he said.

The chairperson said despite filling several complaints to the security personnel no suspects have been arrested in connection to the theft.

Mburugu urged farmers to remain vigilant even as the cooperative engages security agencies.

He said there was need for avocado cooperatives to come up with proper policies aimed at eliminating brokers who fleece farmers’ their hard-earned money.

In the last few years, prices for the Hass variety of avocado have more than doubled to Sh15 a piece at the farm gate, while exporters sell each fruit for up to Sh30 drawing a host of brokers to the trade.

The demand for avocados in the international market has been on the rise, with Kenya earning more than Sh4.26 billion in exports between January and March this year and Sh14 billion last year.

Four people have died in a grisly accident along Nairobi- Mombasa highway at Mlolongo, Machakos County.
Crime
1 year ago