His love is so sweet, they lose all inhibition's

• Wycliffe Amakobe Omunga was arrested for allegedly defrauding single vulnerable women who are on their way to retirement. 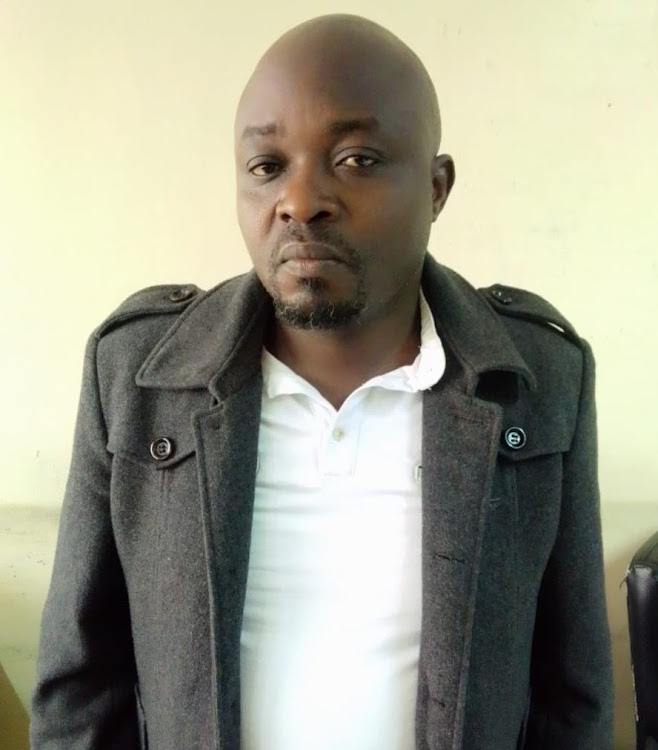 It is said that Kanairo ni shamba la mawe, you have to learn to navigate this concrete jungle.

One man who has overdone this and broken the law was nabbed by detectives aligned to the Directorate of Criminal Investigations.

Wycliffe Amakobe Omunga was arrested for allegedly defrauding single vulnerable women who are on their way to retirement.

Police report that he "targets lonely women who are about to receive their pension before showering them with sweet nothings and promises of a blissful retirement together.

After being swept off their feet, the lovestruck women are duped into starting businesses with the con who then disappears with their entire savings leaving them heartbroken and desolate."

In one such instance, a woman who had just received Sh780,050 from a pension scheme was swindled the entire amount by the con.

This is after she was tricked into a love affair with the man, who later advised her that they should jointly start a water refilling business. Oblivious of his intentions, the woman gave him the money to start it and that marked the beginning of her woes.

What started as a blossoming love story and a joint retirement venture ended in premium tears. The relationship immediately crumbled like a house of cards after the man disappeared with the entire amount.

Efforts by the woman to reach her newfound love hit a dead end after his phone went off and her messages were left unanswered.

Later the woman managed to track and confront the man but he claimed that the business had been taken over by an insurance company, for failing to pay an unspecified debt.

The suspect is currently in custody and shall be arraigned on charges of obtaining money by false pretences.

The DCI is asking anyone who has fallen victim to Wycliffe's con game to report the matter at DCI HQs Serious Crime Unit for action.

Mary Kilobi did not miss the chance to also trolled a former news anchor, Jamila Mbugua, who started the rumour that she had been replaced by a ...
Politics
1 week ago