• The Wajackoyah's are among the people who are very accustomed to wearing the cloth as a symbol of their identity.

• Others are artists Redsan and Nameless who have also never been seen without that durag on their head. 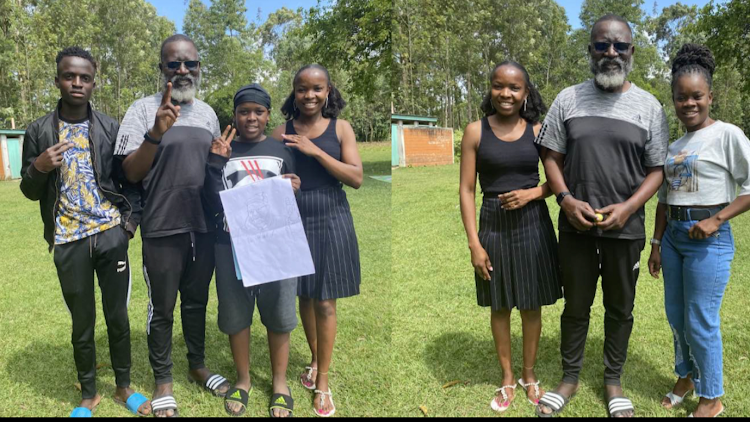 Have you ever wondered what it will be like one day if you meet the artist Nameless without his headscarf which is like a symbol of his identity?

And what about other people like the former candidate for the presidency, prominent lawyer George Wajackoyah to find him without the scarf on his head?

The truth is that it is a strange and surprising thing to see people you used to know with some of the markers of their appearance not being on them.

Wajackoyah has become the talk of the town after appearing for the first time since he became known on the internet due to his desire to run for the presidency.

The lawyer was seen with a scarf on his head and his followers did not stop talking about his completely different appearance.

On December 25, 2022, Wajackoyah, took to social media and posted pictures of himself without a durag, revealing that he gifted a young artist who had drawn his headshot.

"This young man deserved my respect. He was welcomed into the fraternity after he painted my picture. When he was asked what he wanted, he said a phone and his wishes have been accepted," Wajackoyah said.

Wajackoyah continued to spend Christmas day without a durag while taking pictures with several family and friends.

Wajackoyah rose to fame when he launched his manifesto for the presidency calling for the legalization of cannabis as well as selling dog meat and hyenas to the nation of China.

His wife is caller Meller Luchiri . Wajackoyah and Meller, an African-American, were married in early 90s.
Entertainment
2 months ago

Prof. George Wajackoyah arrives at the Supreme Court of Kenya for the Pre-Trial Conference
Entertainment
4 months ago

Justina Wamae: Wajackoya has blocked me