• The two met have 2 kids together. 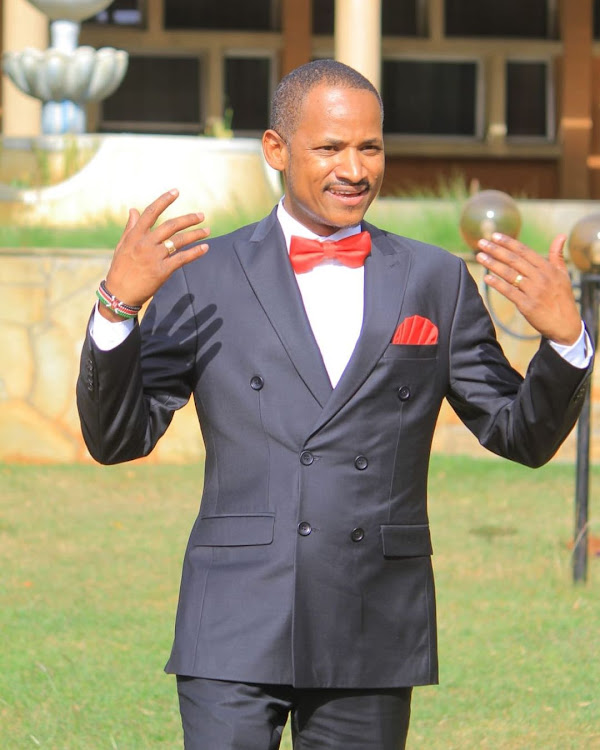 MP Babu Owino speaks of the crazy DM's he gets
Image: INSTAGRAM

In an interview with Nairobinews with Babu, was very candid about the matter even though he is a married man.

“I receive naughty photos almost on a daily basis from very beautiful ladies. However, I try and understand why they are sending these naughty photos. Life is really hard,” started off the father of two.

He went on to add that as a leader he doesn't judge these women as he takes their advances as an initiative to look into the challenges people face.

"If it takes a woman to send naughty photos, probably there is something lacking that she is looking for and I consider this a challenge.

I don’t judge them, I treat it as a challenge, probably there is something deep that the person wants, either love or financial assistance, or guidance."

The MP went on to reveal that he has over 36 million unopened messages in his various social media in-boxes as he laughed at how explicit some of them are.

He went on to add, "As a leader, this is what we go through. Leaders are like a madman’s basket where all the trash is put together."

Babu highlighted that sometimes he opens and responds to the messages depending on the matter listed in the text or sometimes he just picks them randomly.

It is not particularly possible to respond to all these but randomly I do respond,” said Babu.

He however went on to urge Kenyans not to give up on sending him the messages promising that one day he'll get to respond to them.

“I will tell Kenyans not to get tired of sending the messages, one day I will respond, don’t give up.”

Babu is married to his campus sweetheart, entrepreneur Fridah Muthoni. The two met at the University of Nairobi over 10 years ago and together they have two children.

Babu Owino slams lady trying to shoot her shot at him

Babu Owino reveals the whereabouts of his wealth

Babu Owino alias Paul Ongili Owino has today touched on the hustlers net worth topic that was on top trend yesterday.
Politics
3 months ago
WATCH: For the latest videos on entertainment stories