Kenyans reactions on man who wanted to gift Ruto a goat

• Netizens were outraged at what the aforementioned man of average wealth was about to do.

• A gift is a gift, regardless of who receives it or where it comes from. 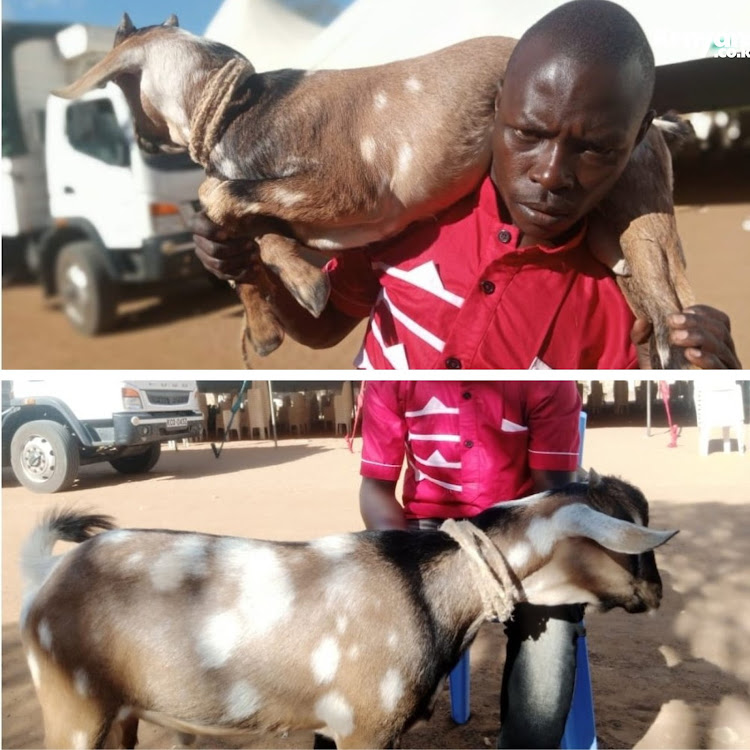 President William Ruto alias Billy as referred by his wife,Rachel Ruto, is known to be a man of God and a man of church.

He is loved by his supporters both online and offline. The hustler yesterday attended a church service in kitui county where he was warmly welcomed by Kitui residents.

As the function proceeded, its allegedly reported that there was a man who wanted to gift the president a goat and was blocked.

The main reason for the man being blocked has not yet been defined but reactions surfaced online and all seemed rough.

Some netizens were angry about what the man intended to do. Most people believed that before you satisfy another person, make sure that you have satisfied yourself.

Others thought that what the  poor man had done was good and he could have been allowed access to gift the president.

Resident blocked from gifting President Ruto a goat during a thanksgiving church service in Kitui pic.twitter.com/SHgrXT0gLT

Some of the comments from Kenyans online are below;

SINA MAONi@wca_charles  Kenyans should stop this nonsense. It shows lack of civic education on their rights a a citizen. A citizen's duty is not to gift the president, but to demand services and accountability from the government.

Sulṭān Dilano@KDilano Gift those neighbours who are starving. Whoever you wanted to gift should be the one doing the gifting

Farooq Mohamed@FarooqM76283011 John 3:16,If GOD almighty can give A GIFT of HIS SON to the world and many denied him access to the Godly people even the Holy Bible confirms this then What about you brother ?the HUSTLER BOSS no longer needs your GIFTS, he now dines with his FELLOW BILLIONAIRES my friend.

Dan Maanzo the Makueni Senator has said that President William Ruto offered Wiper leader Kalonzo Musyoka a job but he turn him down.
Politics
1 month ago