Miguna said he is happy to be back.

• Karua says Ruto owes the combative lawyer a personal and collective apology on behalf of the previous regime in which he served as Deputy President.

• The self-proclaimed NRM General is a dual-citizen of Kenya and Canada. 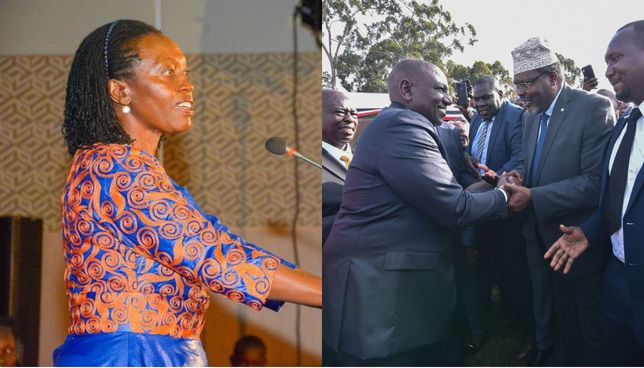 Karua says Ruto owes the combative lawyer a personal and collective apology on behalf of the previous regime in which he served as Deputy President.

"What happened was a great mistake and a great atrocity by the government of Kenya of which the current President was a happy Deputy President at that time," Karua said.

"It's an action he cannot dissociate himself with," she added.

She spoke on Thursday in an interview with the BBC, hours after Miguna jetted into the country from Canada where he has been living since his forced exile in March 2018.

He flew in from Dubai.

The self-proclaimed NRM General is a dual-citizen of Kenya and Canada.

He said he was happy to be back home and thanked Kenyans for voting for the Kenya Kwanza administration which he said his return would never have happened had it not been in power. 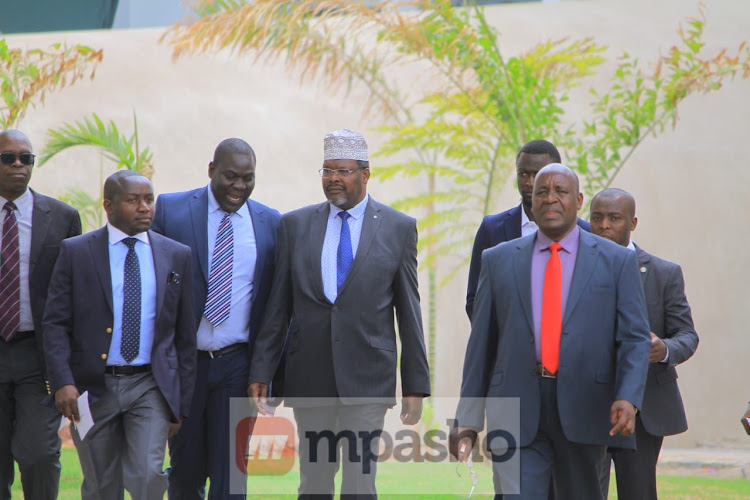 Miguna was a VIP guest at the Mashujaa Day celebrations, Ruto's first national event as President, and he was also at the State House luncheon afterwards.

He received a new passport on September 20 from Ruto's government which enabled him to travel back to Kenya on Thursday morning.

Miguna swore to deal with those behind his woes that started soon after his role in the swearing-in of opposition leader Raila Odinga as the People’s President on January 30, 2018.

"What happened to me should not happen to anyone else," he said upon arrival at the Jomo Kenyatta International Airport.

He said he would be following up on numerous court orders that were granted about the return of his Kenyan passport and facilitation of his return home but disobeyed by former President Uhuru Kenyatta's regime.

"In the coming weeks and months, I will make sure that all those who violated my rights are held accountable for the sake of justice," he said.

Among the court orders is one issued in December 2018 directing Interior Cabinet secretary Fred Matiang’i and Immigration Principal Secretary Gordon Kihalangwa to jointly pay Miguna Sh7.2 million from their own pockets.

High Court Judge Chacha Mwita while issuing the order said taxpayers would not bear the burden for the duo's illegal actions.

"Many court orders are accumulating because there are people who acted with impunity. I will make sure that all those who violated my rights are held accountable for the sake of justice," Miguna said.

Lawyer Miguna Miguna has already arrived at Uhuru Gardens hours after landing in Kenya from Canada.
News
1 month ago