The Senator said Ruto reached out to Kalonzo immediately after he was elected.

• On Sunday, President Ruto told the Ukambani residents that he is ready to work with Kalonzo.

• He stated that during campaigns, he promised to look for the Wiper leader if he formed the government. 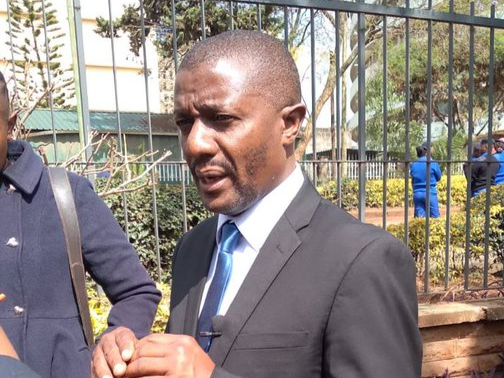 Dan Maanzo the Makueni Senator has said that President William Ruto offered Wiper leader Kalonzo Musyoka a job but he turn him down.

Speaking on Monday, the Senator said Ruto reached out to Kalonzo immediately after he was elected but declined the offer since the Wiper leaders wanted to be in the opposition.

"President Ruto reached out to Kalonzo Musyoka but he did not accept the president's offer. If everybody walks into government, who will put the government in check?" Maanzo told Citizen TV.

The legislator, however, said Ruto did not disclose the specific job he wanted to give Kalonzo.

On Sunday, President William Ruto told the Ukambani region that he is ready to work with Kalonzo whenever he is ready.

Ruto stated that during campaigns, he promised to look for the Wiper leader if he formed the government.

He told Kitui residents that he kept his promise but Kalonzo said he wanted to try working from the opposition.

"Stephen is my elder brother and when he is ready to work with me, I am ready," the president said.

"I told you when I was here that if God willing I become president, I would involve my brother Stephen in forming the government and I want you people to know that I personally looked for him and we had a sit-down. I asked him to work with me but Kalonzo said he wanted to be in the opposition."

Speaking at the same venue, Deputy President Rigathi Gachagua said they have no problem with the Wiper leader.

He added that the only issue at hand is that they don't understand him.

"Governor Wavinya Ndeti, we have no problem with Kalonzo, we are waiting for him. It is you who will decide what you want with him because we don't understand him," the DP said.

"We looked for him, and asked him to join us but he went back to Raila Odinga. Even the day he was subjected to the running mate interview, we defended him. We don't know why he is confused."

Find out your favourite politicians nicknames

The nicknames are created based on a persons character.
Entertainment
2 months ago