My net worth is Sh544 million, Kindiki says

• Kindiki is an advoacate of the High Court.

• He is also a business man. 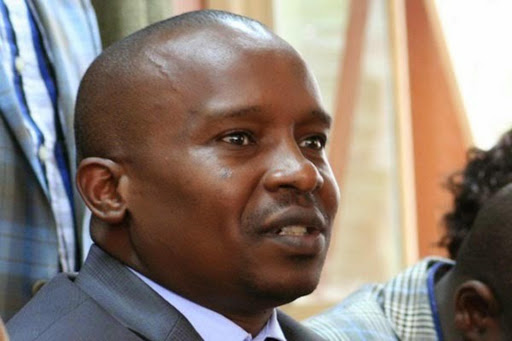 He says his net worth is 544 million.

Cabinet nominee for Interior and National Administration Kithure Kindiki has placed his net worth at about Sh544 million.

According to Kindiki, this is in the form of land and and buildings at Sh165 million and Sh50 million in bank deposits.

He added that he also has other investments in the form of shares and deposits in saccos.

"My net worth is Sh544 million. Made up of land and buildings around Sh165 million, bank deposits of about Sh50 million, investment in shares and deposits in five different saccos," Kindiki said.

He added that aside from the investments, he is also an Advocate of the High court of Kenya.

"I'm also a business person running a number of SMEs and also a consultant for local and international organisations."

Kindiki was the first to appear before the National Assembly Committee on appointments for vetting on the second day of the week-long exercise.

Musalia Mudavadi, the ANC party leader and Prime Cabinet Secretary Nominee, has revealed his net worth as he faces the Committee on Appointments for ...
News
1 month ago

Former Machakos Governor Alfred Mutua has revealed he is worth Sh42o million.
News
1 month ago
WATCH: For the latest videos on entertainment stories

I am worth Sh851 million - Aden Duale

'I am worth 700 million' Justin Muturi