The Garissa Township MP said his current income stand at about Sh10 million.

•  Duale is the third of the cabinet nominees to face the panel today.

• The Garissa Township MP said his current income stands at about Sh10 million. 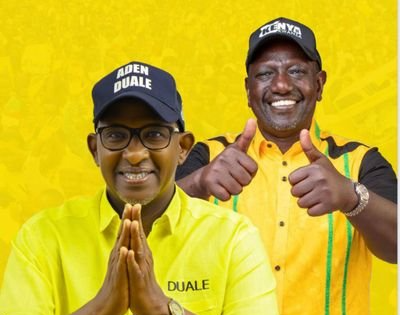 Aden Duale. He says his net worth is 851 million.

Cabinet secretary nominee for Defence, Aden Duale has disclosed that he is worth Sh851 million.

Speaking when he faced the National Assembly Committee on appointments, Duale said the assets include assets, 231 camels, sheep, and goats.

"Chair, I'm worth Sh851 million including the assets I own. Including the goats, sheep, and camels that I own I even had to go and value my 231 camels somewhere in Kitui county," he said.

The Garissa Township MP said his current income stands at about Sh10 million.

"My current source of income annually in terms of rentals and others is about Sh10 million.

I am worth 851 million including assets, goats, sheep, and camels…I had to value my 231 camels in Kitui county. My current source of income, including rental income, is 10 million annually.”

Duale is the third of the cabinet nominees to face the panel today.

He is a close ally of President William Ruto, with their friendship dating as far back as 2007 when he first joined politics and was both elected on an ODM party ticket.

Musalia Mudavadi, the ANC party leader and Prime Cabinet Secretary Nominee, has revealed his net worth as he faces the Committee on Appointments for ...
News
3 months ago

Justin Muturi has made his wealth from farming and legal consultancy,
News
3 months ago
WATCH: For the latest videos on entertainment stories