Muturi is a nominee for the Attorney General job. 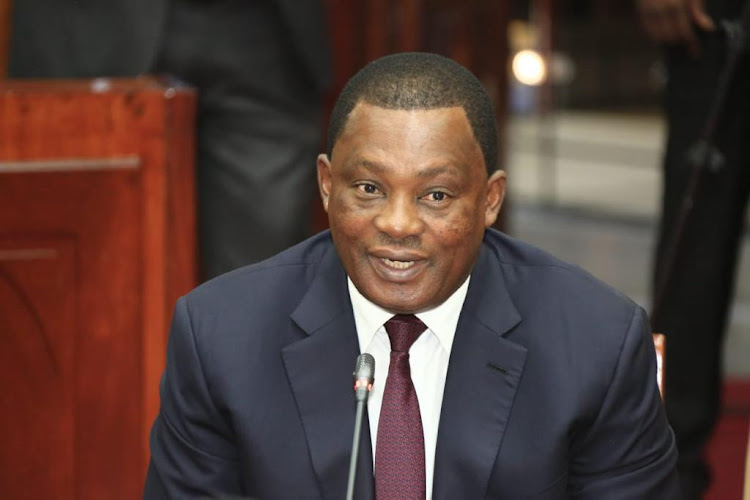 Former National Assembly Speaker Justin Muturi has revealed he is worth 700 million.

Muturi is the nominee for the Attorney General position.

He made the revelations on Monday while appearing for vetting before the National Assembly's Appointment committee.

"I'm a modest public servant with a net worth of about Sh700 million from farming and legal consultancy," Muturi said.

Last year in November, the former National Assembly Speaker revealed he had a net worth of Sh300 million.

Muturi has promised to fight corruption if made Attorney General

Mudavadi revealed he is worth 4 billion, a statement that has left many in shock.

Speaking on Monday, Mudavadi disclosed that he is worth Sh4 billion.

"If I take my investment in shares in some companies and also properties that I own I would put my net worth at about Sh4 billion.

He added that his current and anticipated income is from rental income, dividends from shareholding, interests, and other expenses that come from the farm.

The former deputy Prime Minister is the first to face the vetting panel.

Other nominees to be vetted on Monday include former Speaker of the National Assembly Justin Muturi who is the nominee for Attorney General, Aden Duale (Defence), Alfred Mutua (Foreign and Diaspora Affairs), and Alice Wahome (Water, Sanitation and Irrigation).

Sh 720,800 was transferred from his accounts to an unknown number in less than 12 hours.
Entertainment
4 months ago

Ford Kenya party leader and former Bungoma Senator Moses Wetangula has been elected speaker of the National Assembly.
News
4 months ago
WATCH: For the latest videos on entertainment stories