The politician recounted the sad incident of Kipng'ok's collapse

• He said he didn't know it was his good friend who had passed on until he had already boarded the plane. 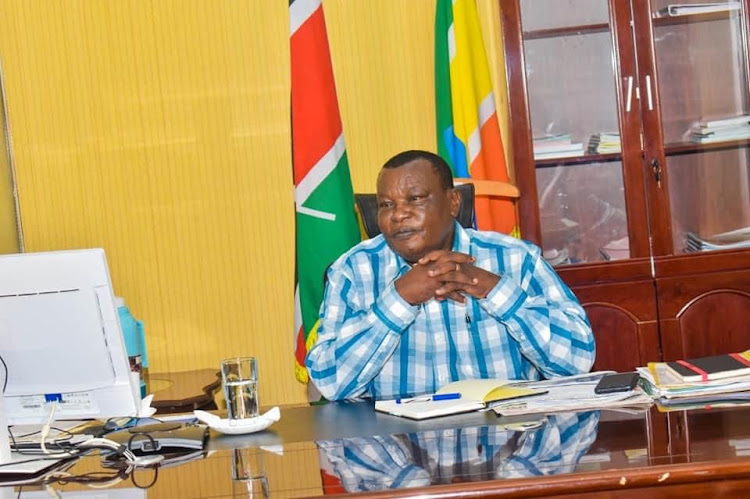 Kenneth Lusaka, the current Bungoma governor, has opened up on witnessing the death of the late the deputy governor of Baringo, Charles Kipng'ok who passed away at Jomo Kenyatta International Airport (JKIA) on September 14th.

The former Senate speaker explained that he was in line to board the aircraft that would take them to Mombasa for the governors' installation.

Lusaka said that airport officials had told passengers to be patient as they attended to a passenger who had collapsed.

Sadly, Lusaka only found out that the deputy governor had passed after he boarded the aircraft.

"I witnessed when he collapsed. We were just getting onto the plane when we were told to wait. We did not know it was such a serious incident and that we had lost a colleague," Lusaka recounted. 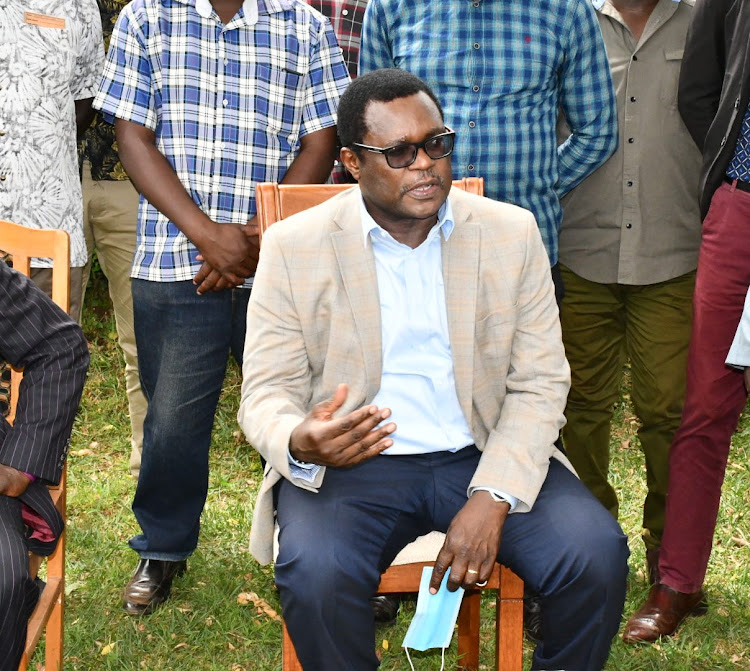 Other governors like Stephen Sang, of Nandi, who was also on the plane spoke on the sad incident while Wavinya Ndeti of Machakos and Cecily Mbarire of Embu wrote the family a letter of sympathy.

"Wavinya Ndeti was there while Kipng'ok was being treated but she did not know he was a deputy governor. It was when we returned to the plane that we were informed of his death,” Sang stated.

Kipng'ok was born and raised in Baringo Central's Emom, Tenges Ward. Kipng'ok later enrolled at the University of Eastern Africa (Baraton) in 1990 to pursue a Bachelor of Business Administration and Management degree.

After earning his degree, he was engaged as a management trainee by the Kenya Tea Development Authority (KTDA).

After two years, he was promoted to a manager position, where he worked for six years. After leaving the public sector, Kipng'ok joined Kiptagich and Kaisugu as factory manager.

As a result of his diligence and success, he was eventually elevated to general manager. Later, he was appointed CEO of the tea factories in Kaisugu and Kiptagich.

He had a successful career in the tea business and was given the Head of State Commendation (HSC) by former President Mwai Kibaki for the admirable sustainable innovations he brought to the sector.

Among the most well-known tea brands in Kenya, Kaisugu Classic and Asis Premium were among the products he helped pioneer the introduction of.

As part of his social obligations, Kipng'ok had also improved schooling in his remote hometown and drilled boreholes.

Additionally, he served on the boards of administration for a number of schools in Baringo and neighboring counties.

He was chosen by Baringo Governor Benjamin Chebo to be his running mate in the United Democratic Alliance party's nominations in April 2022, and he was a crucial player in the campaign that resulted in their triumph.

On August 25, 2022, at the Kabarnet ASK Showgrounds, the pair took an oath under the supervision of Justice Hillary Chemitei of the Nakuru High Court.

Governor Anne Waiguru of Kirinyaga County has been chosen to lead the Council of Governors.
News
2 months ago

Prominent politicians who died before they could 'taste' power