• The Supreme Court confirmed Ruto's victory in the August 9 election.

• Reading the verdict of the Supreme Court, Chief Justice Martha Koome said Ruto garnered 50 per cent plus one vote cast required for one to be announced the winner. 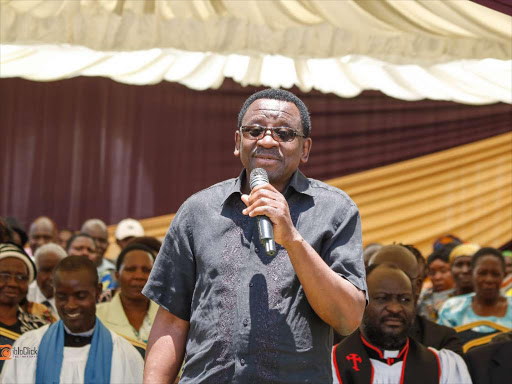 James Orengo The Siaya Governor has spoken about the verdict issued by the Supreme Court
Image: The-Star

James Orengo, the Siaya Governor has said that the Supreme Court decision that upheld William Ruto's win was not a judicial judgement.

He spoke on Sunday during the burial of Gem MP Elisha Odhiambo's sister.

The Supreme Court confirmed Ruto's victory in the August 9 election.

Reading the verdict of the Supreme Court, Chief Justice Martha Koome said Ruto garnered 50 per cent plus one vote cast required for one to be announced the winner.

On August 15, IEBC chairman Wafula Chebukati declared Ruto the President-elect after he defeated Raila and two other candidates in the August 9 poll.

However, his fierce competitor Raila of the Azimio la Umoja One coalition rejected the results terming them "null and void" and promised a bruising battle at the Supreme Court.

He filed a petition at the Supreme Court challenging  Ruto’s win but the petition was dismissed.

Narc Kenya leader Martha Karua over the weekend, said she is considering taking the matter to the East African Court.

“But since the court gave its verdict, let Kenya continue and move forward, that is the rule of law and democracy,” she said.

“There is nowhere else we can go to argue on presidential election results, but we can take the case to another place, to understand if it is true our court gave us justice.”

Karua said her further persuasions will not be about the results anymore but more about seeking justice.

“Now is not about the election, it's about justice, the court said our evidence was a hot air balloon, this, can take me to East Africa just to discuss that judgement,” she said.

Karua said it was a personal decision to make sure justice was served right.

“This is not Azimio's vision, this is me as a Kenyan because I'm entitled as an individual. So it's something I'm considering but for now, because I have time I'm taking a break and also to wait for the court to give its reasons after the 21 days,” she said.

Supreme Court will issue a judgement on the presidential petition hearing at 12pm on Monday, the Judiciary has said.
Exclusives
5 months ago
WATCH: For the latest videos on entertainment stories