Ledama's dire warning over the future of Kenyan politics

• Ruto's succession has been termed by the Azimio leaders as the beginning of the end of multi-party democracy.

• Azimio has suffered blows since August 15, with member parties and members decamping to the Ruto-led camp. 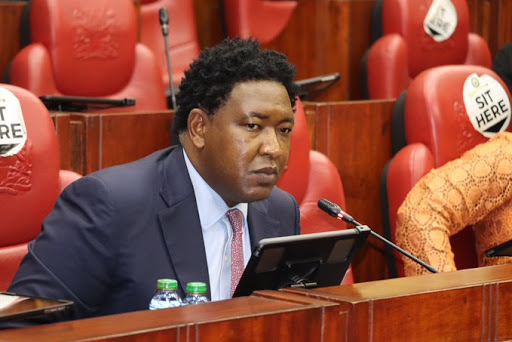 Ledama Olekina, the Narok senator has stated on his Twitter account on Saturday morning that unsatisfied sections of the nation may attempt to secede in the future.

Ledama attributed this possibility to what he described as restricted civil liberties.

“The pursuit of our civil liberties will one day, maybe in our lifetime lead to secession, unless we all agree to disagree,” he said.

His remarks were in an apparent reference to Azimio's Raila Odinga poll lose in the August 9 general elections to the Kenya Kwanza candidate, William Ruto.

This prompted Raila to file a petition at the Supreme Court, challenging the results. The apex court however upheld the results, confirming Ruto as the president-elect.

Ruto's succession has been termed by the Azimio leaders as the beginning of the end of multi-party democracy.

“This is a deliberate and sustained offensive to decimate the opposition and return the country to a de facto one-party state,” Karua said then.

On November 2018, after his election loss, Raila made similar secession comments urging his supporters to boycott Safaricom.

He claimed they were involved in vote rigging but Safaricom however denied the claims. He, however, later called off the boycott.

Ledama was among a group of politicians allied to Azimio presidential candidate Raila Odinga who tried to prevent IEBC chairperson Wafula Chebukati ...
Politics
5 months ago

On Thursday, both elected and nominated Senators converged at the Senate Chambers to take Oath of office.
Politics
4 months ago
WATCH: For the latest videos on entertainment stories