Ruto is waiting to be sworn in as Kenya's 5th President alongside his deputy Rigathi Gachagua.

• William Ruto says he and Uhuru Kenyatta will continue being friends.

• Ruto's win as President-elect has been upheld by the Supreme court. 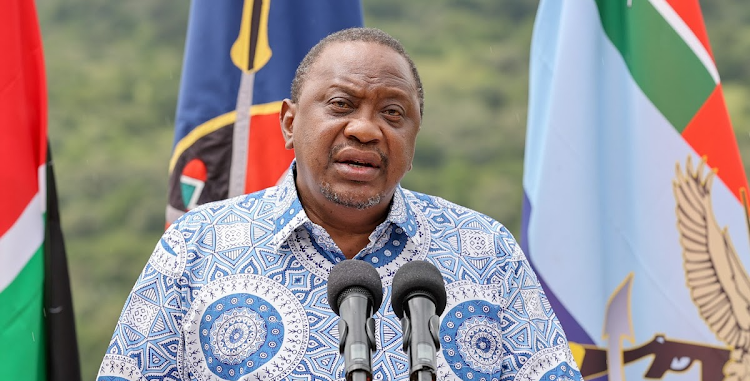 President-elect William Ruto has revealed he hasn't spoken to Uhuru Kenyatta in months.

He has however promised to call him to talk about the transition of power.

Speaking during a media address at Karen, Ruto cheekily shared

" I will shortly be putting a call to my good friend President Uhuru Kenyatta.We haven't spoken in months. I will call him shortly so that we can have a conversation on the process of transition.I know he worked hard in his way but the people of Kenya have made their decisions."

"When I decided to support Uhuru Kenyatta I did not give him any conditions.I take no offense that he chose to support someone else.We will continue being friends, we look to take Kenya to the next level."

The confirmation followed an intense 14-day process in which lawyers representing Azimio's Raila Odinga, the Independent Electoral and Boundaries Commission, and President-elect William Ruto did battle.

The Supreme Court received nine petitions, of which eight challenged Ruto's election, while one support his victory.

Chief Justice Martha Koome said they would consolidate seven petitions into one because they raised similar issues, while two were struck out.

They singled out nine key issues the petitioners wanted determined. The issues-questions included: Did the IEBC technology meet integrity and verifiability standards?

Other questions: Did the postponement of Mombasa and Kakamega governor elections and other polls result in voter suppression?

Did the president-elect get 50 percent plus one vote of the votes cast?Outdoing Deputy President Ruto was declared President-elect on August 15 by Independent Electoral and Boundaries Commission chairman Wafula Chebukati.

Following the general election on August 9, President Uhuru Kenyatta made his first public appearance on Wednesday.
Politics
5 months ago

Bahati- "I ended up removing Rachel Ruto's cap and it was one of those bad hair day for her."
Entertainment
5 months ago
WATCH: For the latest videos on entertainment stories

Ruto overwhelmed with emotions over ruling