Since the IEBC named William Ruto the next president, Uhuru had not been spotted in public.

• The outgoing Head of State was in Mombasa where he met with local ODM elected leaders. 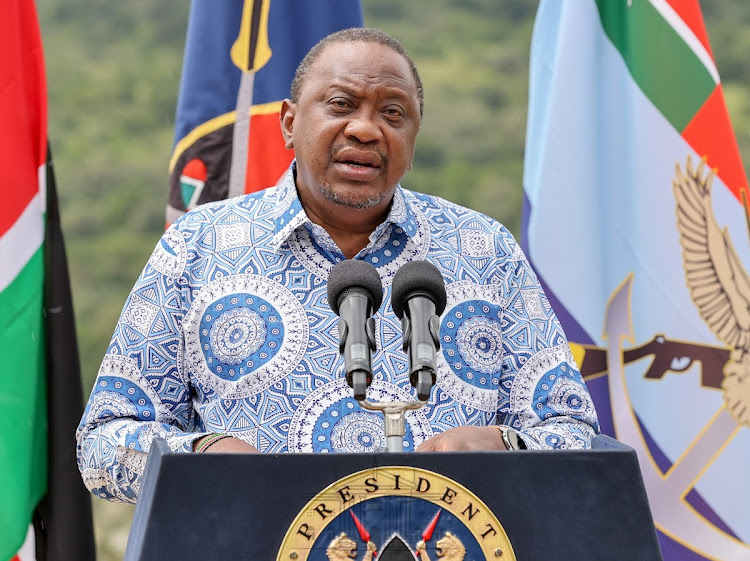 Following the general election on August 9, President Uhuru Kenyatta made his first public appearance on Wednesday.

The outgoing Head of State was in Mombasa where he met with local ODM elected leaders.

Following the meeting, Uhuru had lunch at the renowned Barka restaurant in Old Town Mombasa with other leaders, including departing Mombasa Governor Hassan Joho.

“We were also not aware if the president was coming. The meeting lasted about thirty minutes,” said a county staff who requested anonymity.

Since the media was not allowed in, information on the meeting that took place in Joho's office is still scarce.

The president greeted locals who had gathered along the street as he walked through Mombasa's streets with Azimio la Umoja Coast leaders led by the departing governor of Mombasa, Hassan Joho.

But he avoided addressing the crowds.

Since the IEBC named William Ruto the next president, Uhuru had not been spotted in public.

He has however, been seen meeting dignitaries at State House, Nairobi.

Bahati- "I ended up removing Rachel Ruto's cap and it was one of those bad hair day for her."
Entertainment
4 weeks ago

Seasoned media personality and KBC news anchor Cynthia Nyamai alleges that God revealed to her that William Ruto will be the 5th president of Kenya ...
Entertainment
1 month ago

4 candidates who could replace Matiang’i