Ledama said had it not been for his burly built, he would have been a mess.

• Ledama said had it not been for his burly built, he would have been a mess.

• A group of people was seen trying to hit the senator with all manner of objects including chairs. One of the chairs landed on his head. 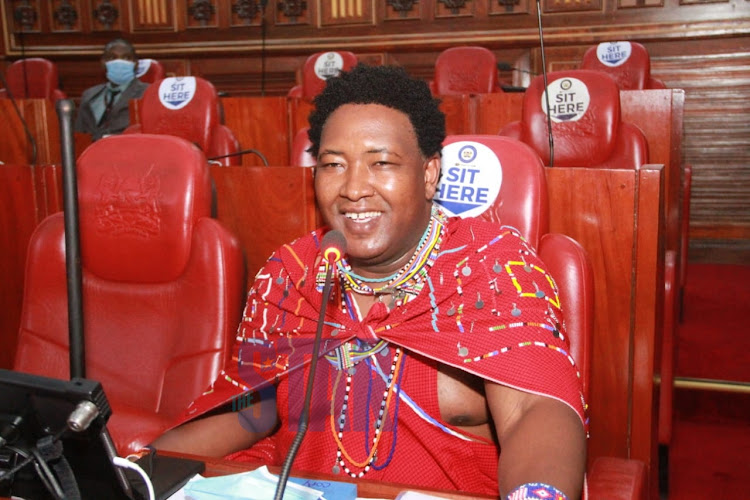 Narok senator Ledama ole Kina says GSU officers at the Bomas of Kenya prevented him from being killed.

On Monday, Ledama was seen arguing with some people while Kenyans waited for IEBC Chairman Wafula Chebukati to announce the Presidential results.

In a tweet on Friday, the legislator said that were it not for the GSU officers who shielded him from his attackers, he would be no more.

"I was brutally assaulted by William Ruto's supporters most of them elected members of parliament at Bomas of Kenya shouting kill him, kill him," Ledama said.

"The GSU protected me otherwise I would have been killed. Thank you National Police Service. I am grateful to everyone who has called to check on me,"

Moments before the declaration of the presidential results on Monday, August 15, the national tallying centre at Bomas turned into a chaotic scene.

Ledama was among a group of politicians allied to Azimio presidential candidate Raila Odinga who tried to prevent IEBC chairperson Wafula Chebukati from announcing the results on grounds that they were rigged.

Their actions were, however, thwarted by police and politicians allied to Ruto who was eventually declared the winner

In a video doing rounds on social media, Ledama is seen approaching  Chebukati just as he sat down.

A confrontation ensued before the whole episode spiraled into shoving, kicking and fist fights.

At some point, Ledama is seen struggling to get past a group of people on his way to an exit at the back of the auditorium where Chebukati and other officials disappeared to.

A group of people are seen trying to hit the senator with all manner of objects including chairs. One of the chairs landed on his head.

In a different video shared online, Ledama said had it not been for his burly built, he would have been a mess.

Chebukati said two of the IEBC commissioners were injured in the fracas.