• Rigathi Gachagua says the only important person during the swearing-in ceremony is the Chief Justice. 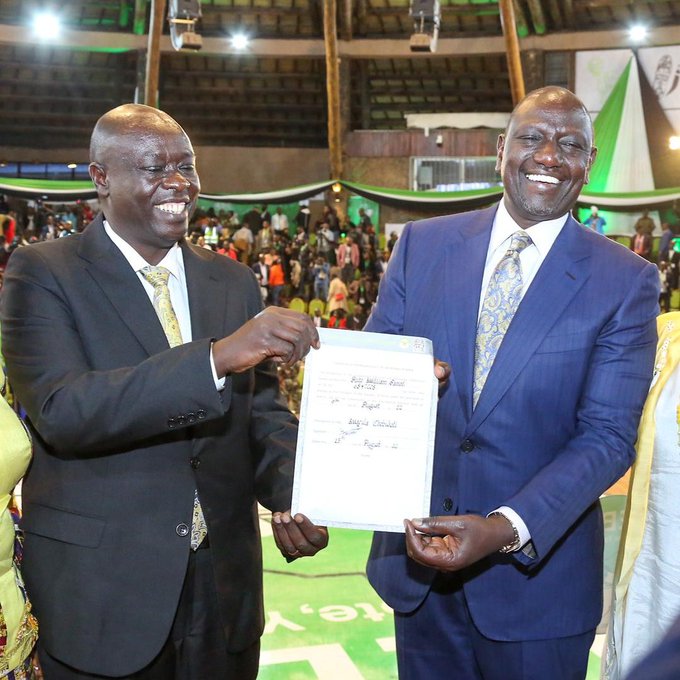 President Elect William Ruto and his deputy Rigathi Gachagua pose with their certificate at Bomas of Kenya on Monday 15th August 2022.
Image: Twitter

Deputy President-elect Rigathi Gachagua has vowed the swearing in of President-Elect William Ruto will happen whether Uhuru Kenyatta is present or not.

This, however, will depend on the outcome of a petition that Azimio la Umoja leader Raila Odinga is planning to file at the Supreme Court.

On Tuesday, Odinga vowed to challenge the election of Deputy President William Ruto.

Speaking during an interview on Kass TV, Gachagua said Uhuru's absence will not in any way affect the transition and handover process.

Uhuru has been on record saying he will not hand over power to Ruto.

He cited the case of the US where former president Donald Trump who was defeated gave a wide berth to the swearing-in ceremony of incoming leader Joe Biden.

"What is only required during the swearing-in ceremony is the presence of the Chief Justice, it is not even that sword, that is just ceremonial," said the outgoing Mathira MP.

"But we are asking him to be a gentleman."

Gachagua also raised concern over the "continued silence by the head of the state" saying it is worrying.

He noted that while he is not under any obligation to congratulate the winner, it was only wise if he come out from his 'hideout' and address the nation.

"Even if he does not want to congratulate Ruto he should do the honourable and send a message of peace to Kenyans," he said.

Ruto was on Monday 15th August declared the winner of the just concluded general elections.

He came in first followed by Azimio leader Raila Odinga.

Raila has vowed to face him in court.

Raila has thanked Kenyans for maintaining peace and order.
Politics
1 month ago

Samia Suluhu is among foreign leaders who have congratulated President-elect William Ruto.
Politics
1 month ago