• Azimio chief agents spoke to the media outside Bomas where they dropped the bombshell. 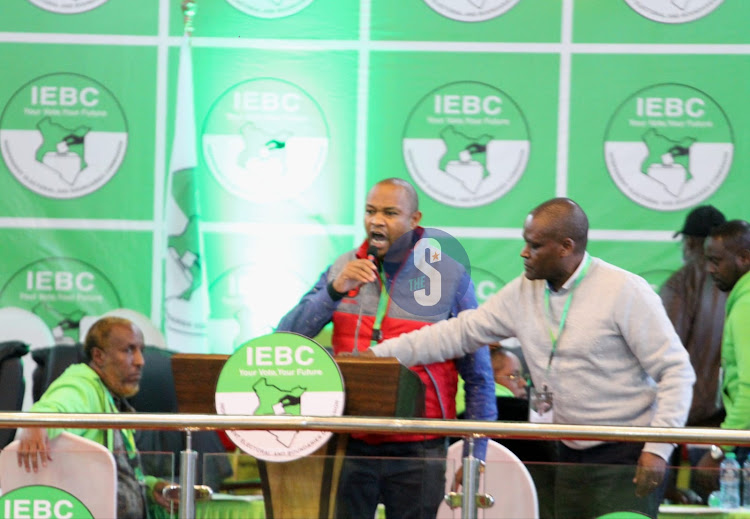 The Azimio la Umoja One Kenya Alliance has claimed that the IEBC system was compromised.

Speaking to the media ahead of the presidential results, Raila Odinga's Chief agent Saitabao Ole Kanchori said they have evidence that the results were tampered with.

Saitabao Ole Kanchori added that it was the reason Bomas was a 'crime scene' a few days ago.

"We were not able to ask our party leader to come before we verify the results, which we have been unable to do. I said before that Bomas was a crime scene," Kanchory added.

Kanchory was flanked by Siaya Governor-elect James Orengo while addressing the media.

Rigathi Gachagua, William Ruto's running mate, has claimed that the Azimio la Umoja team is holding up the verification of Forms 34A and 34B
Politics
1 month ago

President Uhuru Kenyatta will on Saturday meet all the newly elected Azimio leaders from 10 am.It’s not clear what the agenda
Politics
1 month ago