• Oburu ran on an ODM ticket whereas Okinda was an independent candidate. 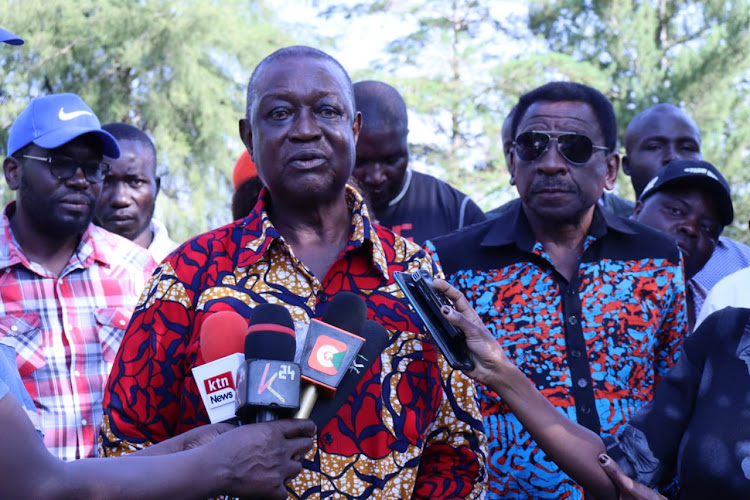 Oburu Oginga has won the Siaya Senate race and was announced by the county returning officer Catherine Bulinda on Friday.

Oburu attained 285,595 votes to defeat five other candidates who had angled for the seat.

Oburu ran on an ODM ticket whereas Okinda was an independent candidate.

Wamban was an MDG candidate whereas Omondi was a DAP-K flagbearer. Atudo was an independent candidate.

In his victory speech, Oburu thanked the people of Siaya for believing in him despite his old age of over 70 years. "There are younger people whom I competed with. Their time will come, let them be patient."

He called upon his competitors to join hands with him and take Siaya county to higher heights.

Leaders from the Azimio team who visited the centre include Suna East MP Junet Mohammed and Mombasa Governor Hassan Joho.
Entertainment
1 month ago

A Raila Odinga supporter caused a buzz a few moments ago as he arrived at Old Kibera polling station dressed in dried banana leaves
Politics
1 month ago
WATCH: For the latest videos on entertainment stories