Provisional results indicate that Raila and Ruto are in a tight race.

• Leaders from the Azimio team who visited the centre include Suna East MP Junet Mohammed and Mombasa Governor Hassan Joho. 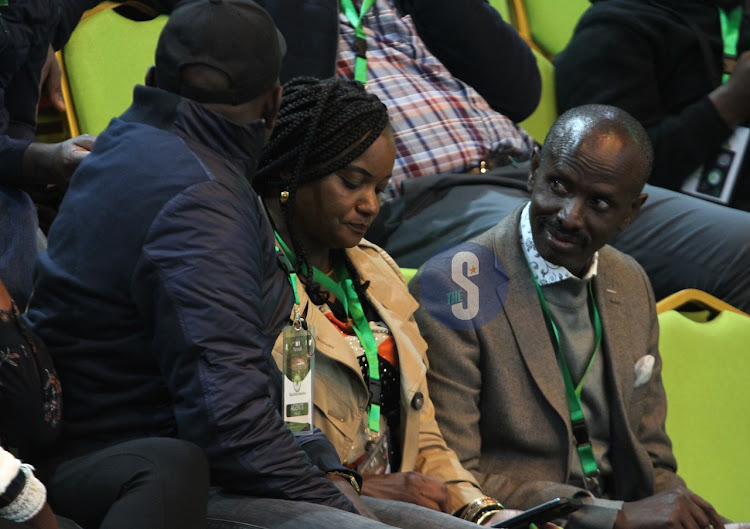 leaders at bomas azimio at bomas

The Bomas of Kenya is the national tallying centre of the August 9 general election.

Leaders from the Azimio team who visited the centre include Suna East MP Junet Mohammed and Mombasa Governor Hassan Joho.

IEBC chairman Wafula Chebukati was expected to issue his third press briefing since the start of the tallying process but the presser was called off.

Commissioner Juliana Cherera said this was to allow the commission to verify original Forms 34As that had been uploaded to the public portal.

"So ladies and gentlemen, be patient the next brief will be done tomorrow morning," Cherera said.

Forms 34A are used to capture election results from polling centres at the constituency level.

Presiding officers are required to take a picture of the original copies and send them to the public portal.

Results from all polling centres in a given constituency are then tabulated on Forms 34Bs by constituency returning officers.

The Star was updating the tally every half and hour based on results captured in Forms 34As at the constituency tallying centres.

Presidential results as at 2 A.M

The results are all official as declared at tallying centres by presiding officers and captured in Forms 34As.
Politics
3 months ago

Barasa, who is defending his seat on a UDA ticket, is a licensed gun holder.
Politics
3 months ago

The transmission of presidential results across different TV stations is creating confusion and KOT are making jokes
Entertainment
3 months ago
WATCH: For the latest videos on entertainment stories