The Azimio turned up to vote at Old Kibera School

• The supporter turned up dressed in dried banana leaves. 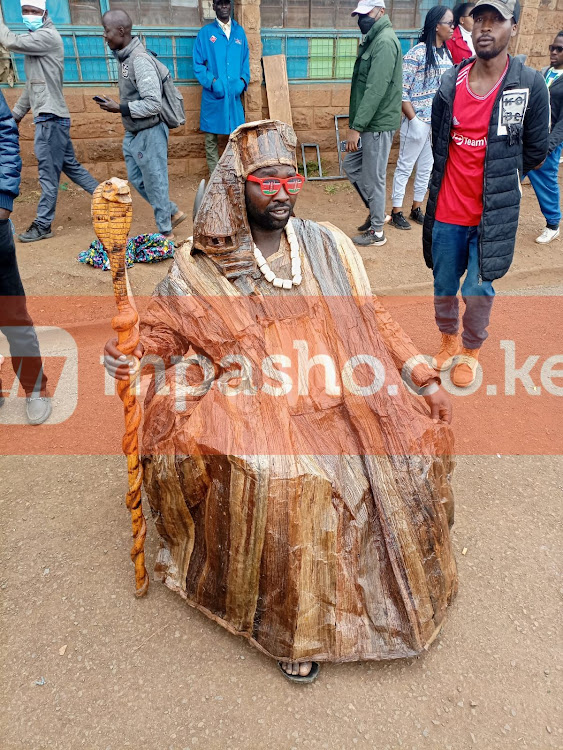 A Raila Odinga supporter caused a buzz a few moments ago as he arrived at Old Kibera polling station dressed in dried banana leaves and a snake-engraved walking stick.

The man told The-Star reporters that he was called African Culture Ghetto King and had some cool looking shades emblazoned with the Kenyan flag. 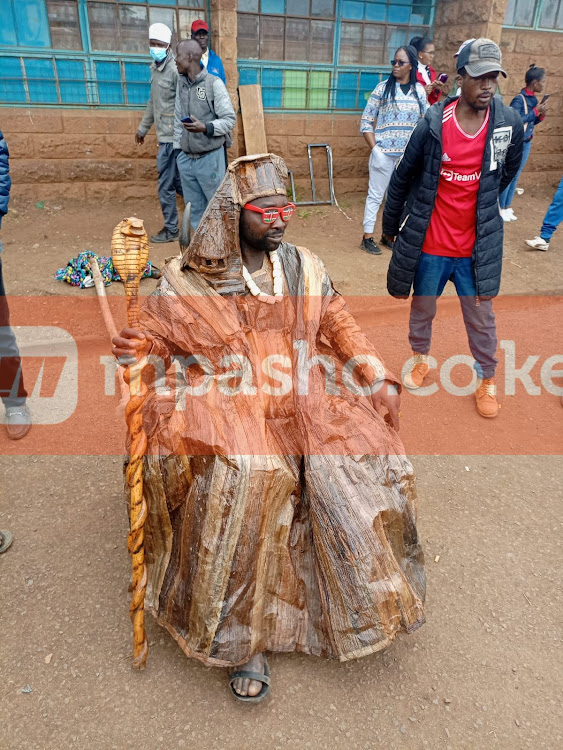 Raila who was making his way to the polling station with his caravan met a crowd of supporters waiting for him. The mammoth crowd could be heard repeatedly chanting "Baba chololo". They were also heard chanting "Jowi".

Raila arrived at the polling station a few minutes to 10.30 am. He was accompanied by his wife Mama Ida Odinga. He then proceeded to vote and left without speaking to reporters.

Speaking on Tuesday as he left his Karen home to cast his vote, Raila said that he had put up a good campaign and hopes Kenyans will cast their votes in his favour.

"We've done our best in terms of campaigns. Now the ball is in the people's court and I'm confident the people of Kenya are going to speak loudly in favour of democratic change," he said. 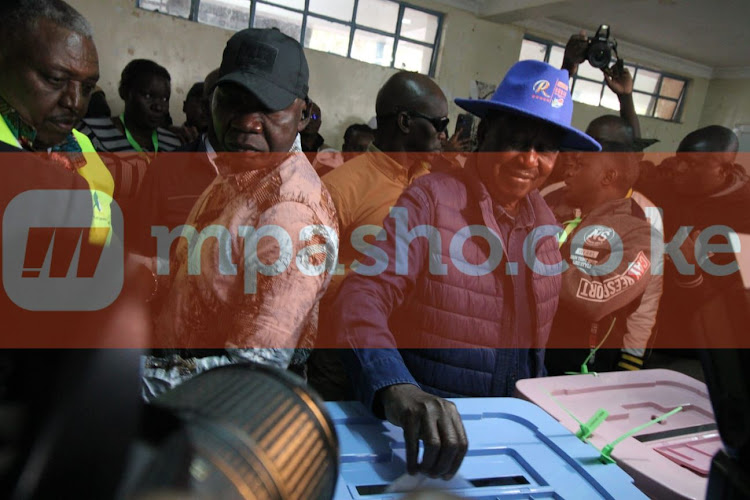 The former PM, while reacting to reports of hitches at polling stations said they had suspected the same, which is why they asked for the inclusion of the manual register.

"I've heard this, some stations opened late, the process is a bit slow and the other one is that just as we had suspected some people cannot be identified biometrically and they have to revert to the manual register and that is what we had said all along and those who opposed it have not been identified, so they are beneficiaries of what they were opposing," Raila said.

Mama Ida Odinga also noted that this is an exciting election and he is hopeful that the results will be different from the previous ones.

David Waihiga Mwaure, the Agano presidential contender, has presented a list of Kenyans who have been suggested to join his government if he
Politics
4 months ago

Roots Party statement on Wajackoyah endorsing Raila- "We would like categorically state that we have a presidential candidate who is on the ballot ...
Politics
4 months ago

The 2022 general elections are around the corner. Among those who have aroused the interest of Kenyans is none other than Roots Party Candidate ...
Politics
4 months ago
WATCH: For the latest videos on entertainment stories