His update comes about 30 hours after the commission closed elections.

• In an update on Thursday, Chebukati said a detailed report will be given later in the day.

• Among those stations that have submitted their results include those where manual register was used to identify voters. 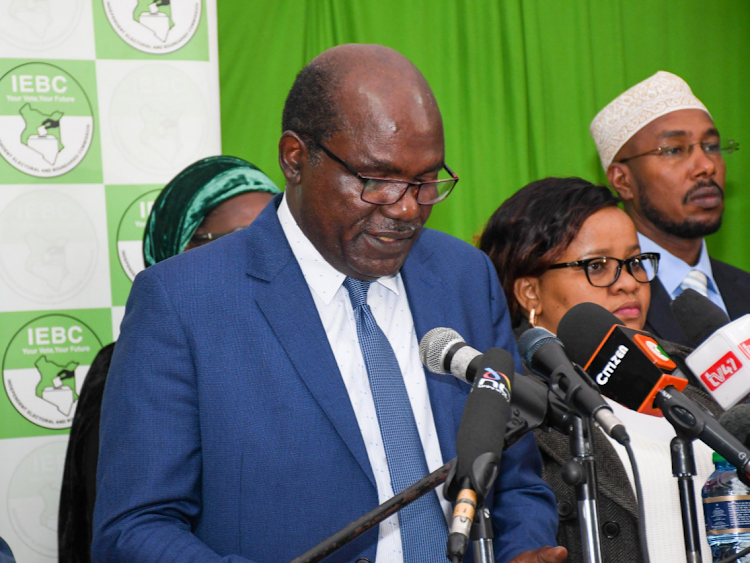 IEBC chairman Wafula Chebukati crashed many Kenyan hopes today when he said that the commission will not declare the results of the presidential election today.

He said, "The issue of saying that we should declare results today. That will not happen today. Hwover we aim to conclude the process as soon as possible."

According to the law, the electoral body can take up to seven days to tally the results.

The IEBC chairman also informed the media that only 73 polling stations have not submitted their Forms 34A.

In an update on Thursday, Chebukati said a detailed report will be given later in the day.

"We shall give a report on those that have transmitted later today," he said.

His update comes about 30 hours after the commission closed elections. So far, 99.84 percent of the 46,299 polling stations have submitted the images of the forms.

Among those stations that have submitted their results include those where a manual register was used to identify voters.

They include 84 polling stations in Kibwezi West and 154 stations in Malava, Kakamega County.

The commission had allowed the use of the manual register after Kiems kits failed to function in the areas.

How celebs are fairing in the 2022 elections

As Kenya enters day two of counting and tallying, popular and influential names have also featured greatly in the list of winners and losers.
Politics
1 month ago