Aloise Kinyanjui, who was vying for the Juja Parliamentary seat says he'll move to court to protest the election results.

• Through a post on his Facebook page, Kinyanjui said that the Independent Electoral and Boundaries Commission IEBC will be the first respondent in his suit. 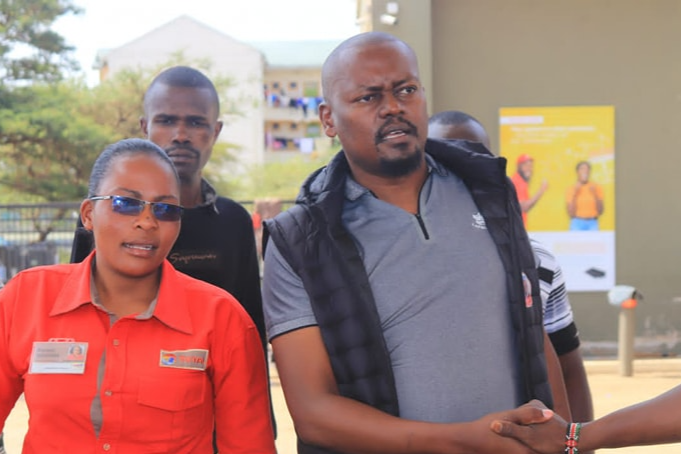 It seems Moses Kuria's brother, Aloise Kinyanjui, is not following in his brothers footsteps of conceding defeat.

Kinyanjui who was vying for the Juja Parliamentary seat on a Jubilee ticket announced that he does not agree with the election results of the are and he would be moving to court to protest the outcome.

The Jubilee aspirant who is currently trailing the incumbent George Koimburi of UDA says that the entire exercise was a sham.

Through a post on his Facebook page, Kinyanjui said that the Independent Electoral and Boundaries Commission IEBC will be the first respondent in his suit.

If George Koimburi wins the seat it will be the second time the Jubilee party loses the seat to UDA in a span of one and a half years.

During the by-elections held on May 18, 2021, Koimburi toppled former Juja MP Francis Munyua's wife Susan Njeri who was vying on the Jubilee ticket

Luck seems not to have shone on Kinyanjui's brother Moses Kuria as well.

Kuria who was vying for the Kiambu Governor seat on his Chama Cha Kazi ticket has already conceded defeat.

In a statement on Facebook Tuesday night, Kuria conceded defeat adding that  he is heading back to the private sector after eight years of service as a Member of Parliament.

"I enjoyed every minute of my 8 years in elective politics. Back to the private sector. Happily," Kuria wrote.

He also decried the perceived low enthusiasm and apathy among voters in the country.
Politics
1 month ago

After a decade in leadership, Embakasi West MP George Theuri has failed in his bid to seek a third term.On Wednesday, the
Politics
1 month ago

Ombeta was up against 12 other candidates in the Bonchari MP race.
Politics
1 month ago

Moses Kuria says he will be going back to the private sector.
Politics
1 month ago