• Nonini thinks Wajackoyah has everything that the country needs to move forward.

• Among the things he supports include; Wajackoyah's plans to legalize and export marijuana. 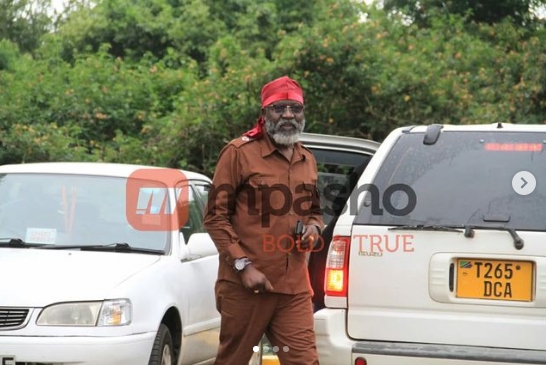 It looks like Wajackoyah presidency's wave is slowly gaining momentum and the love he has been receiving proves no one can stop reggae.

Genge musician, Nonini is among the Kenyans who think professor Wajackoyah has everything that the country needs to move forward.

His manifesto which many initially took as a joke, is slowly being embraced and it is safe to say many are making sense of it.

Taking to his socials, Nonini outlined some of the ideas off Wajackoyah's manifesto that won him over.

Among the things he supports include; Wajackoyah's plans to legalize and export marijuana, reduce taxes and create a 24-hour economy.

-Administrative capital to move to Isiolo to ease over populationWajakoya Mr president!

Some of his followers echoed his sentiments with some stating that his interview last night on JKL, proved he knows what he is saying.

Chris Kirwa: Today I had a chance to watch and listen this guy and his running mate are sharp

Lenna Kioko: God has given us the chance....it's upon us to decide

Otieno: His plan and manifesto is outstanding

Charlie Charliso: He is a brilliant guy

Lenny Juma: You are very right mgenge true... Only if Kenyans would open their eyes... 😢

Meg households: I wish we all saw the potential, his manifesto is what this country needs but we'll still go for the 2 recyclables

Wambui Wanyutu: Unfortunately Kenyans are still blinded na ujinga ya Farasi ni mbili...While the potentials are looked down upon and thought as jokers.

George Wajackoyah may not have impressed IEBC but he won the hearts of many with his eclectic fashion choices on the campaign trail.
Politics
1 month ago