• The magazine makes it clear that the entrants are recognised for changing the world. 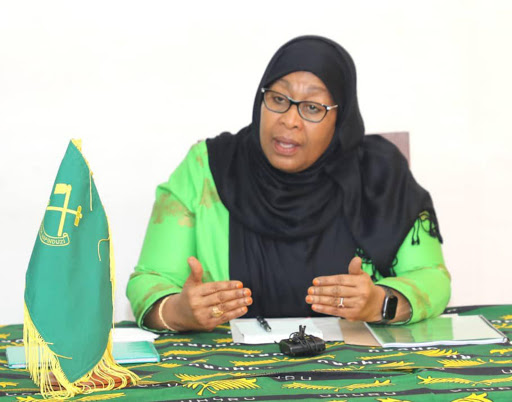 The annual Times 100 Most Influential People 2022 List has also given a place to Russian President Vladimir Putin, Ukraine President Zelenskyy, and Chinese President Xi Jinping, among others.

The list of 100 most influential is divided into 6 categories namely:

Sirleaf cited Samia's efforts in opening up dialogue politically, on women's issues and press freedom as reasons for her to be considered in the list.

“As the first female President in the history of my country,” she said, "The burden of expectation to deliver gender equality is heavier on my shoulders.”

Sirleaf noted about the above words, "As she spoke these powerful words, I couldn’t help but think how strong the shoulders of women leaders are and how much they can make a difference."

Here are the records Samia Suluhu has set in her presidency:

1. She is the first East African President to be named on Times 100 most influential. No other EAC leader has managed that.

2. She is the first Muslim female African President to be honored. Samia Suluhu Hassan became president of Tanzania on 19 March 2021 following the death of President John Magufuli.

As the first woman to become president of Tanzania, and only the second woman currently serving as president in Africa,

3. Suluhu is seen as restoring democracy to some extent allowing freedom of speech and tolerance for the opposition.  She has also been relaxed on criticism online noting that,  “It helps us know what people are thinking, if we ban it, we won't have that platform.”

4. Her first policy was in tackling the covid-19 pandemic. In complete contrast to the late Magufuli’s policy of denial, President Suhulu began a vaccination campaign, stating that Tanzania couldn't isolate itself.

5. She has made many regional and international visits to restore Tanzania's image and repair relations, something her predecessor didn't do.

Serah Ndanu, who plays twins Linda and Nicole, describes her dual roles as every actor’s dream.
Entertainment
1 month ago

Actor Omosh then introduced himself and admitted that he is a sinner who wanted God to forgive him.
Entertainment
1 month ago

How rising prices are affecting your lifestyle

Sharing costs with family members can trim your expenses substantially and you will have a new reason to eat mchele at home
Lifestyle
1 month ago
WATCH: For the latest videos on entertainment stories