Why Vaping is now super expensive in Kenya

• While vaping may be healthier than smoking traditional cigarettes, users still face health risks. Due to its fairly recent rise in popularity, unfortunately, many of the long-term health effects of vaping have yet to be diagnosed and studied.

• The Treasury CS Ukur Yatani announced high taxation to make them less accessible to school children and the youth. 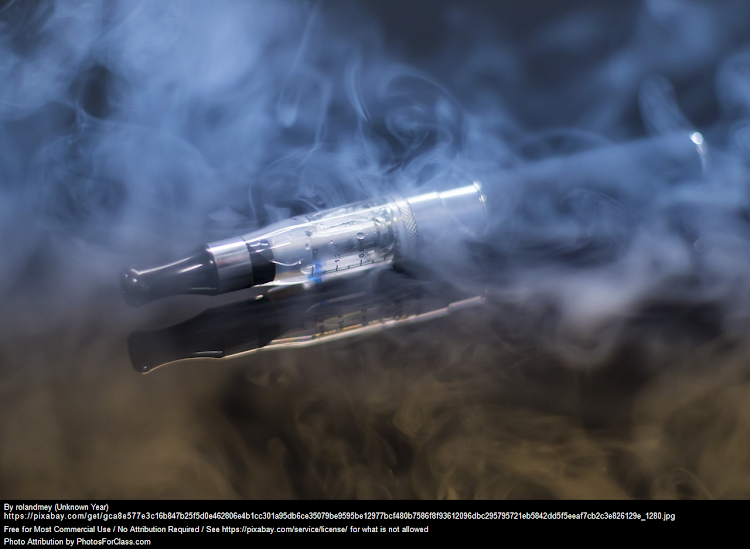 Vaping is now the in-thing.

Everyone who is into the party life is looking for that extra kick from smoking an e-cigarette - vaping.

"I just realised that today marks two months since I gave up vaping. I am so incredibly proud of myself. Two months nicotine-free after 1.5 years of what I now realise was a dependency," she wrote on her social media.

The mother of three added that she would get upset when her husband would hide them.

"I found a vape in one of Zach's (husband) drawers anytime I would leave my vape unattended. He would steal them and hide them away because he knew it wasn't good for me. It used to make me so mad but I realise now it was all love," she said.

"Anyway, I didn't even flinch when I found it. I threw it away immediately."

While vaping may be healthier than smoking traditional cigarettes, users still face health risks. Due to its fairly recent rise in popularity, unfortunately, many of the long-term health effects of vaping have yet to be diagnosed and studied.

What is Jaba? The drug that Bien is quiting

Jaba can cause many side effects including mood changes, aggressiveness, anxiety, elevated blood pressure, manic behaviour, paranoia, and psychoses.
Lifestyle
3 months ago

It's funny how Kenyans can be united by talking about other people's businesses.
Entertainment
2 months ago

As such, Treasury CS Ukur Yatani, while presenting the highlights of the Sh3.3 trillion budget last week, said the introduction of new products like e-cigarettes has led to addictions that are negatively affecting the health of citizens.

"The design of these products and their taxation regime makes them easily accessible to users, including to school children and the youth, thus leading to nicotine addiction and consequently smoking and use of other drugs," he said.

The CS announced high taxation to make them less accessible to school children and the youth.

"In order to prevent these habits and make the liquid nicotine used in these devices less accessible to users, including to school children and the youth, I propose to change the taxation regime," he said.

Here are the 4 major risks to vaping as documented by WebMD.

Because you are inhaling nicotine or tetrahydrocannabinol (THC) through e-cigarettes, the main risk associated with use relates to the lungs.

Vape oils consist of a host of chemicals and metals that may be harmful to your lungs including; nickel, tin, lead, flavorings like diacetyl, and other ultra-fine particles.

Some of the substances found in e-cigarettes have also been linked to an increased risk of cancer. "Harmful effects of nicotine, both in the short term and long term, are well established," says Dr. Nadine Cohen, who specializes in internal medicine and adolescent medicine at CareMount Medical.

"In the short term, nicotine can cause sleep problems and restlessness, as well as other symptoms like nausea, vomiting and mouth and tongue sores. Long term, nicotine—whether you inhale via an e-cigarette or via regular cigarette—causes cancer."

Regardless of whether it's from a traditional cigarette or e-cigarette/vape, nicotine is a harmful substance, especially for adolescents. Its use can be harmful to parts of the brain that control mood, learning, attention, and impulse control. Nicotine negatively affects how synapses—connections between brain cells—are formed. Many devices also produce vapor containing lead, which can cause brain damage.

Your mouth can be a primary indicator of your body’s overall wellness. When you are destroying healthy bacteria and tissue in the oral cavity, it’s simply not a great way to take care of yourself.

"Nicotine can reduce blood flow and nutrition to your gums, which need those nutrients to stay healthy," says Dr. Bill Busch, DMD, MAGD. "Damaged healthy gum tissues can lead to a whole host of oral issues."

Vaping nicotine can also affect your heart health. Nicotine raises your blood pressure and spikes your adrenaline, resulting in increased heart rate and greater risk of a heart attack. The potential for coronary artery disease and blood circulation problems are also increased.